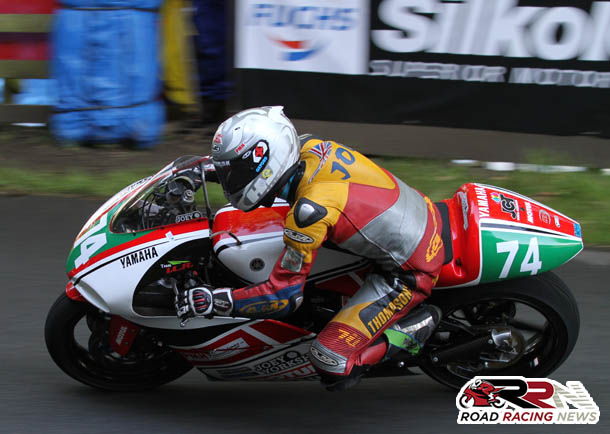 Up and coming real roads force Joe Thompson is set to tackle Super Twins machinery for the first time, this September at the 67th Gold Cup meeting at Oliver’s Mount.

His new 650 steed is one of the highest spec SVR Suzuki’s in the UK, provided by former Senior Manx GP winners Trickbits Racing.

Prior to the Gold Cup, Joe’s opening outing aboard the machine takes place this weekend at Anglesey, within the most recent round of the Thundersport GB series. 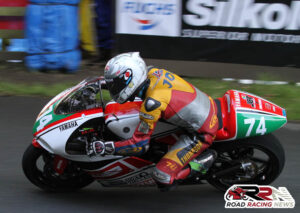 Seven times a winner this year at Oliver’s Mount, the Yorkshireman’s progress next month in the highly competitive Super Twins class, will be monitored closely by many.

Soaking up all the golden nuggets of information from his mentor and Team ILR Team Manager Ian Lougher, Joe has a wise head on young shoulders as showcased by his performances on his debut’s at Dundrod, Armoy, Billown and the TT Races.

Currently a very respectable seventh in the 2017 Duke Road Race Rankings Championship, it’s been a quite stellar first full scale pure roads campaign for the York based rider.

Looking forward to returning to Scarborough, it wouldn’t be a surprise at all to see him secure more race wins/podium finishes in September at England’s only real roads venue.