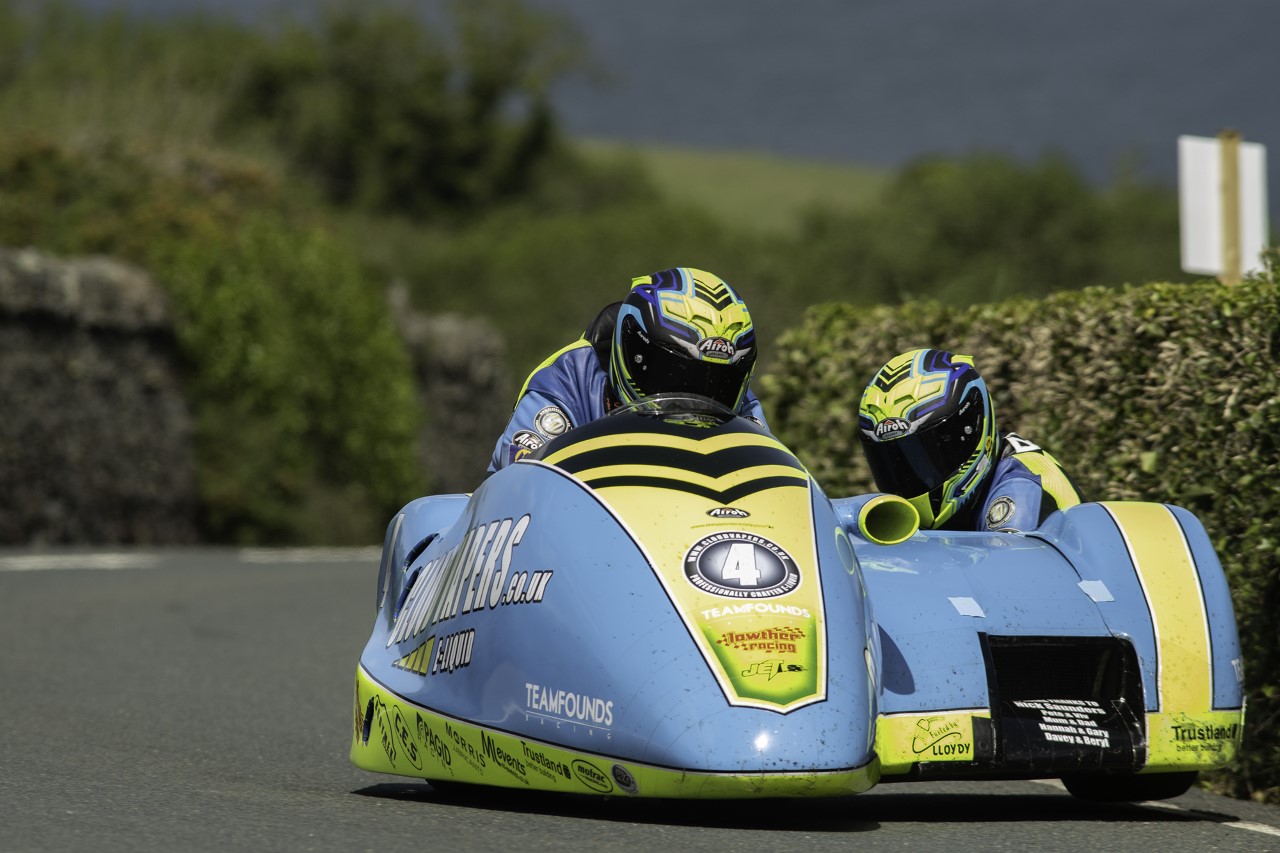 Founds/Lowther who placed third within the opening three wheeling encounter of TT 2019, will unquestionably be ones to watch as they tackle an array of highly touted, famous European race venues.

In particular given their roads course credentials, you wouldn’t be surprised to see them jostling for rostrums at the Hengelo based Varsselring and Belgium’s leading active pure road race circuit, Chimay.

Alongside the Northern Sidecar Cup which gets underway in April (16th-17th) at Croix De Ternois, Founds/Lowther’s 2022 plans also include another two week TT tenure and July’s Southern 100.

Established as one of the top three wheel roads teams, last year saw them illustrate their versatility by placing a very creditable third in the final British F2 Championship standings.