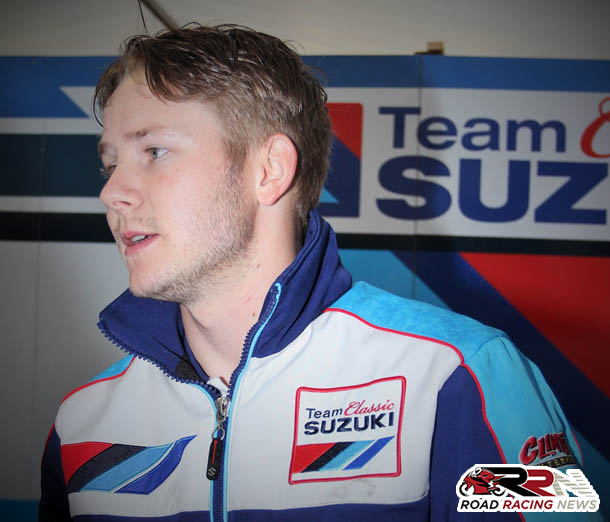 “Yeah it’s good to be the first British rider to do it, it’s been a good season, we’ve won every race, we’ve scored maximum points, we had a couple of wild cards beat us but you know in some of the races I felt I could have beat them but I had to kind of think about the championship.

Hopefully we can go to Frohburg and hopefully get maximum points for the season, if we don’t we don’t but it’s been a fantastic year and we’ve done what we set out to do, to win the championship.”

“Didier (Grams) is really, really strong but is quite inconsistent, he makes some mistakes. Erno (Kostamo) again he’s been strong but again it’s just consistency, during the race Erno can put one lap together but he can’t string them all together. Erno is strong, he’s quite an aggressive rider as well.

Didier’s more of a safer rider to race with but you know there both really fast, I would say Didier has probably been my toughest rival this year.” 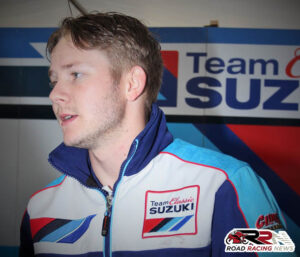 I was also keen to find out his thoughts on the course were he clinched the much coveted IRRC Superbike crown, Horice.

The iconic Czech roads course dubbed by many a ‘Mini TT’, is a view echoed by Wepol Racing by Penz 13.com’s Webb:

It is like a mini TT, I went there at the beginning of the year and struggled a little bit and I was going there (last Saturday) going just to finish in the top four to wrap the championship up that way.

“Tony (Dunnell) last year he put so much effort in and we never even got to start, because we had that many problems and this year we haven’t had much practice but we managed to finish a four lap race.

I didn’t know what to expect going into the race, so I just went in and just rode as fast as I felt safe at, we ended up sixth so yeah it’s a good result and hopefully we can have another good day tomorrow and go home and get ready for the Bol d’Or.” 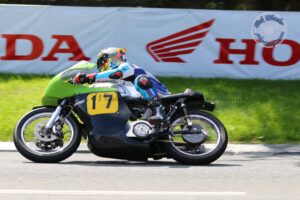 Pleased to be gaining more time on Suzuki’s iconic RG500, made famous by stars such as Barry Sheene, it’s been a whole new experience for the affable racer:

On the four strokes you can just go back a gear and drive through with these you have to ride them a lot harder, there a lot more aggressive.

It’s been good, it’s been pleasantly good, it has been difficult to ride but it’s been pleasurable to ride as well, so it gives you a great feeling when you ride one around here.”

“I’m looking forward to Frohburg a lot, it’s a fantastic circuit, I’ve got the lap record there as well so that always helps.

I think we’ve made some improvements to the bike, so we probably will be looking to try and break that again, it all depends on the weather and we’ll just see what happens when we get there.” 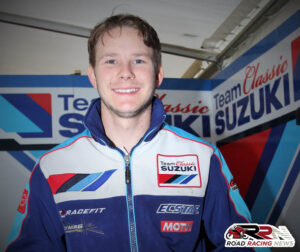 In concluding my chat with Danny today, I posed the question to him about how he’s progressed as a rider this year on the roads.

The IRRC history maker who has proven by his results, that he’s more than stepped up a level or two, stated:

“Yeah this year I’ve made a big step also riding the bigger bikes I’ve not had a lot of experience on them, I’m just more experienced on one now and riding it the way it should be.

We’ve made that step and we’ll go to Macau at the end of the year, see how we get on there. I think hopefully coming back here this year, we should have half decent results and hopefully go another couple of mile an hour quicker, start pushing towards the 130 barrier.”

Magic Monday In Prospect At Festival Of Motorcycling