Triple Manx GP rostrum finisher Harvey, the epitome of a two stroke stalwart, has on multiple occasions throughout his racing career excelled on 250 machinery.

Multiple times a class winner at Oliver’s Mount, plus a rostrum finisher at the North West 200 in 2009, 2016 saw him battle his way to third within the inaugural Lightweight Classic encounter. 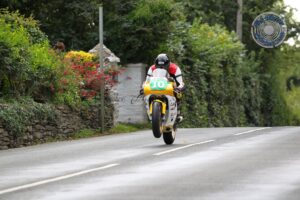 Reminder the Isle of Man Festival of Motorcycling affiliated Classic TT Races, gets underway in just over fifty days time on the 17th of August.