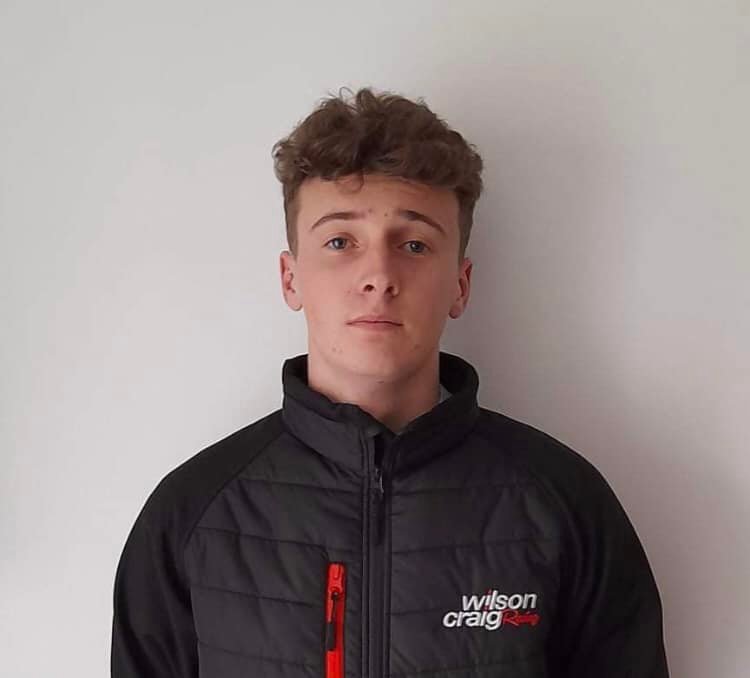 “It’s an honour and a privilege to be offered this ride by Darren Gilpin and the Wilson Craig Racing Team. I am still in shock really.

I watched the film Closer To The Edge and seen all the big names that once rode for the Team like Guy Martin, William Dunlop, and Cameron Donald, and for myself to be now in this iconic team really is unreal.

I started my racing career when I was six years old at motocross, but suffered a leg injury when I was ten, which knocked me back for a couple of years.”

“I had a season in the KTM RC Cup in the British Championships which unfortunately seen us hampered by mechanical issues for most of the season.

In 2017-18 I decided to go Supermoto racing on a YZF250 and was soon finding myself taking podiums before the Covid pandemic hit.

I also went to a few races with my friend Joey Thompson and was soon hooked with the road racing side of things and decided this was the path I wanted to follow, so with Joey’s help, here I am.

I am really eager and excited about getting out there and learning new circuits and there is no better team to do this with than that of the Wilson Craig Honda Team.”

“We are all at the Wilson Craig Honda Racing Team very pleased to have Joshua with us this season having raced at British Championship level on tarmac and off road.

Joshua has all the necessary experience to take on this new challenge, one in which we as a team are looking forward to. I believe that he and the Wilson Craig Team will work well together.”