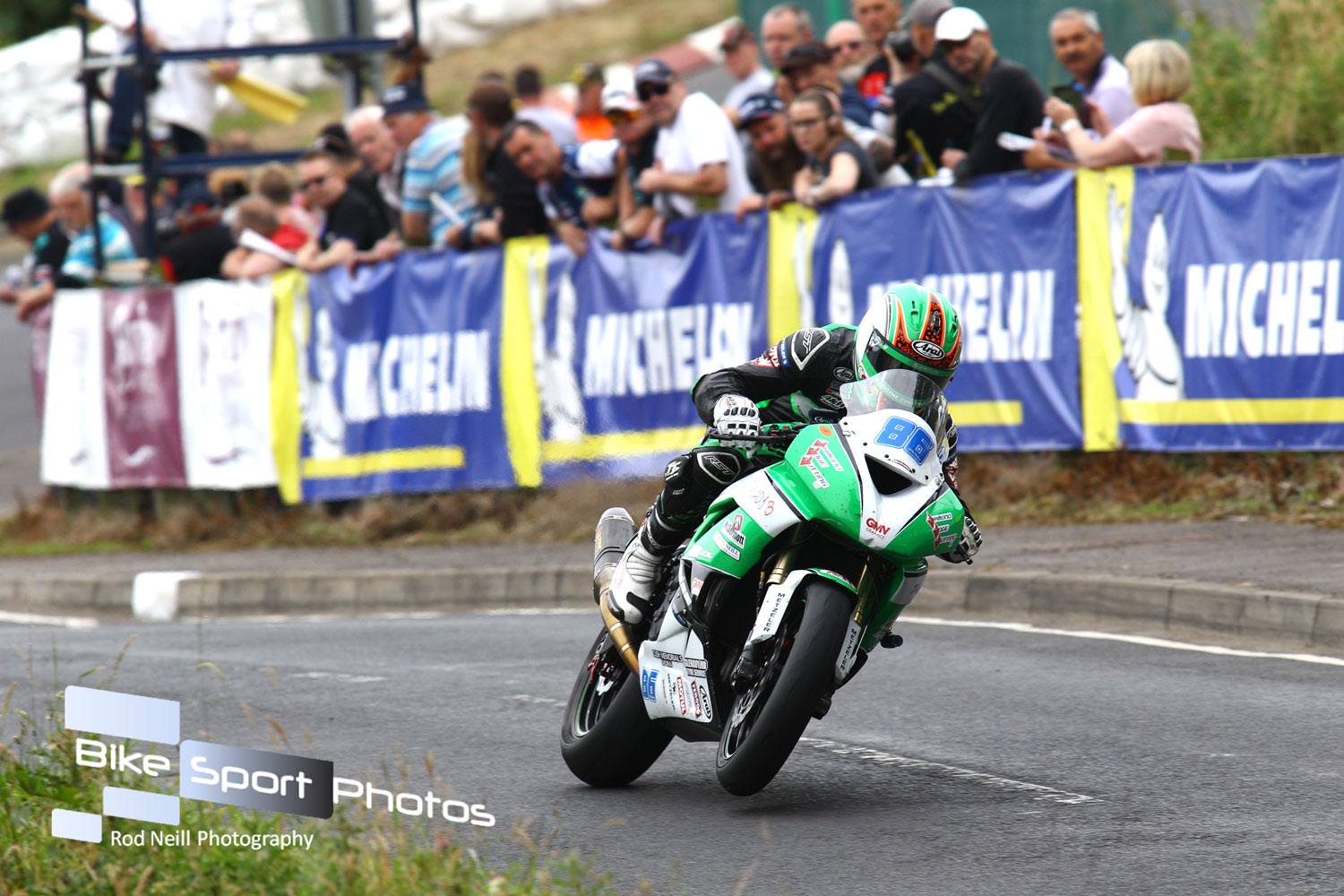 Ultra consistent, was the perfect way to describe Derek McGee’s performance within the Tilesplus Kia Supersport race, as the Mullingar racer in style took his total of victories at the 2019 Bayview Hotel Armoy Road Races, into triple figures. 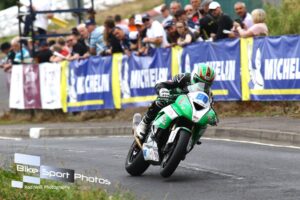 Winning the high quality battle for second behind Mullingar’s McGee, was twice Junior Manx GP champ Sweeney, who edged out Open Championship pole sitter Sheils by just 0.076 of a second!