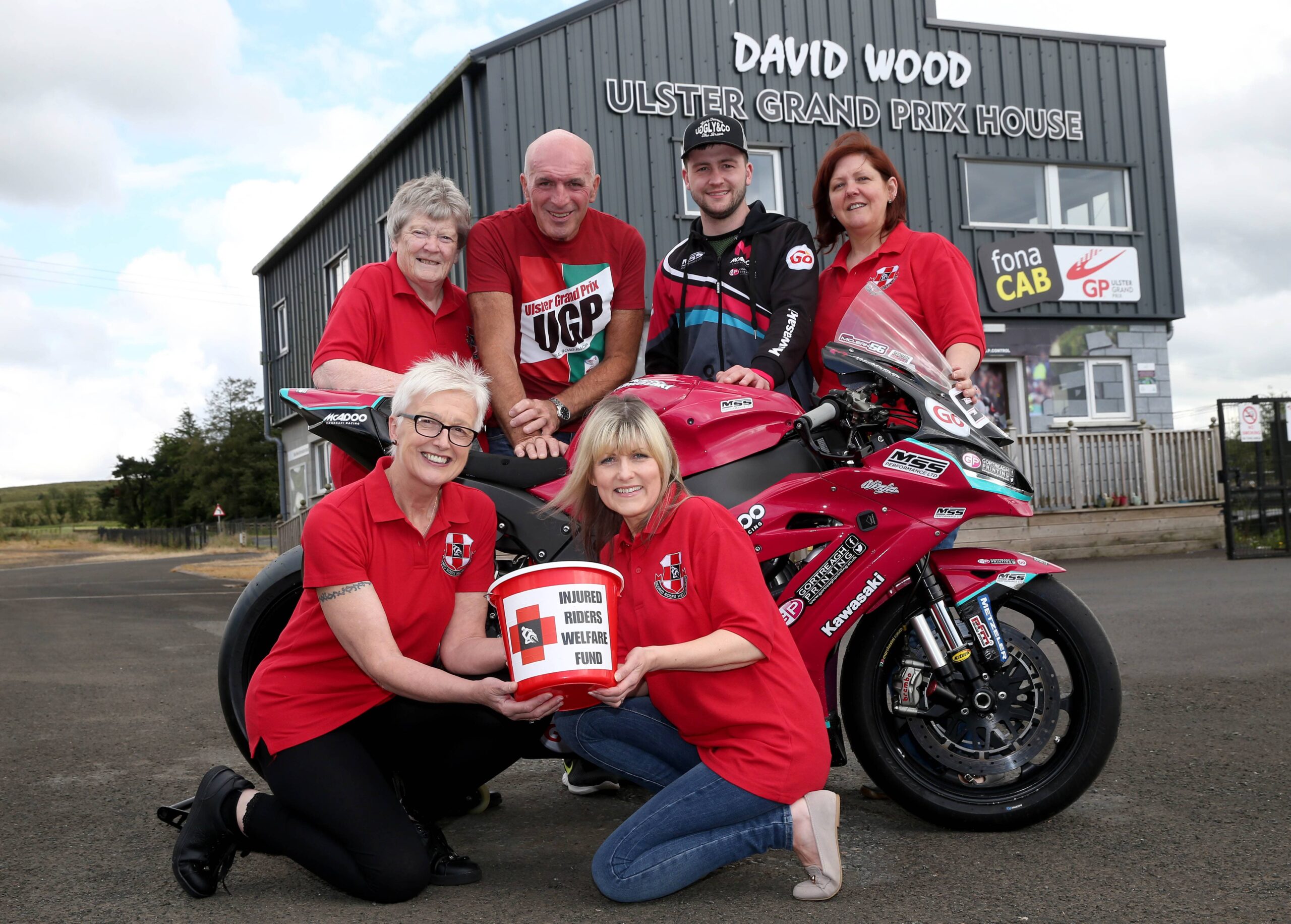 Ruled out of competitive action around the ultra rapid Dundrod course, former Irish Road Race 125/Moto 3 champion Adam McLean is set for an enterprising new challenge at this year’s FonaCAB Ulster Grand Prix, having agreed to take up a rider liaison role.

Winner of last year’s sole Ulster GP Super Twins race, Tobermore’s McLean has sat much out of the 2019 roads season, due to injuries sustained from an incident in the 650 twins race at the Around A Pound Tandragee 100.

Issuing a candid, honest update on his build up back to optimum race fitness, plus stating it’s a right arm injury that’s curtailing his Ulster GP race action ambitions, he stated:

“The biggest problem is my right arm. I had to have three plates and 22 screws inserted into it. It is healing but very slowly. If it hadn’t been for the arm I would have been back at the Ulster.

Everything else has healed well and I am back in the gym trying to get everything moving again. At the minute I still feel stiff and weak, so I will have to start at the bottom and work my way back up again.”

Going onto comment about his new Ulster GP rider liaison role, he said:

“It is great to be asked to do this and I hope I can help offer some guidance to newcomers, about the Ulster Grand Prix course.

Dundrod is my favourite circuit and I have enjoyed a few podiums around here, so this role will give me a purpose to be here rather than just hanging about kicking the stones.”

Reminder the 2019 FonaCAB Ulster Grand Prix Bike Week, takes place from the 3rd-10th of August, with competitive action getting underway on Wednesday of next month’s Bike Week.