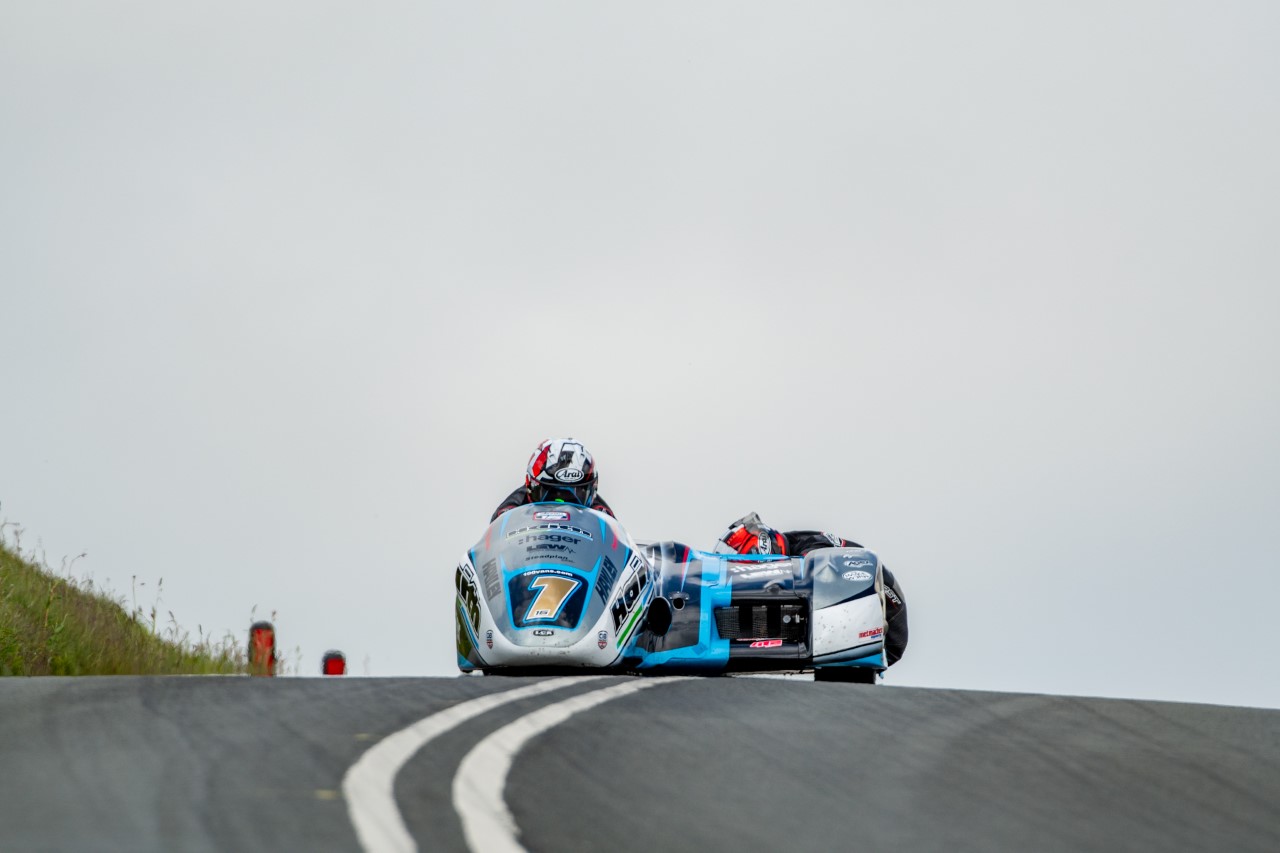 At Ballaugh, the Birchall’s upped their race leading advantage to 2.035 seconds over Founds/Walmsley.

By Ramsey Hairpin, the Birchall’s had opened a 3.5 second lead. Founds/Walmsley, the Crowe’s were separated by only 0.861 of a second.

Just as the race leaders homed in on the Bungalow timing sector, it was revealed that Tim Reeves/Kevin Rousseau retired at Sulby Bridge.

First on the road, first across the line as lap one was completed was the blistering Birchall brothers, lapping at 117.427 mph.

Five plate holders Founds/Walmsley were next down Glencrutchery Road and were only 2.313 in arrears, race on!

Could the Birchalls be defeated for the first-time in eight years?

This seemed unlikely during the early stages of lap two, with the Haith Honda pair moving 6.6 seconds clear at Glen Helen.

Just after leading crews made it to Ballaugh Bridge, red flags arose around the Mountain Course, following the tragic incident at Ago’s Leap.

Organisers elected to declare the race result after lap one meaning race victory for the Birchall’s, second going to Founds/Walmsley and third going to the Crowe’s.