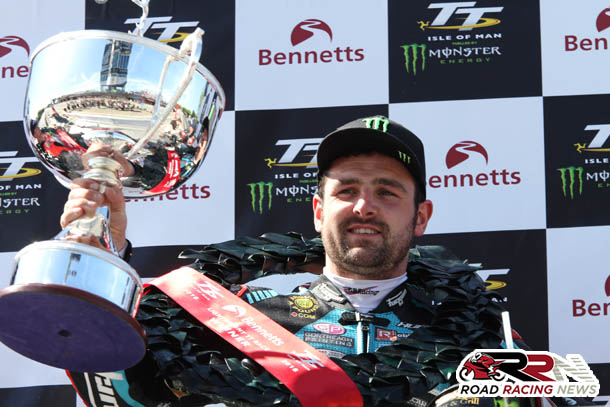 With great conditions, great weather, an extremely ultra competitive field the stage was set for an intriguing Bennetts Lightweight race, which set off on scheduled time at 2:10 PM.

In nigh on perfect conditions, excluding melting tar at Kerrowmoar, KMR Kawasaki’s Derek McGee moved into an early lead at Glen Helen moving just under half a second clear of Dafabet Devitt Racing’s Ivan Lintin.

Onto Ballaugh Bridge and it was all change in the battle for Lightweight class honours, as Lintin surged into the lead, heading McGee by 0.794, Dunlop in third was only a further 1.3 seconds back, whilst Italian TT hero Bonetti remained fourth.

By Ramsey Hairpin, the race lead was up to 2.9 seconds as Lintin began to steadily build up a gap on new nearest pursuer Dunlop, who was now 0.3 in front of McGee.

McGee was back into second at the Bungalow and maintained his impressive placing towards the end of lap 1, which saw twice Lightweight class champion Lintin setting from a standing start a new class lap record of 121.603 mph, hold a lead of plus 5.7 seconds. 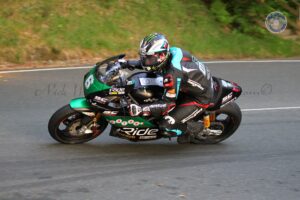 Dunlop in third was only 1 second down on McGee, as Bonetti, Cowton and Rutter held respectively fourth, fifth and sixth.

With the top three from a standing start all under the now previous lap record, it was no surprise as to why thousands around the Mountain Course were engrossed in a race, which had all the making’s of being an all time TT classic.

SC Project Paton mounted Dunlop back into second at Glen Helen, took the battle to twins specialist Lintin on lap 2, as the pair edged away from KMR Kawasaki’s McGee. 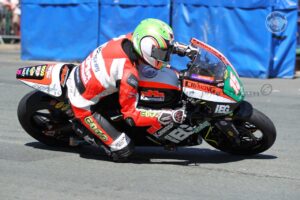 Lintin despite the increasing pressure from Dunlop, was holding firm out front increasing his lead to 9.613 at Cronk Ny Mona, before major race drama struck.

On course for another class lap record, Lintin’s race came to a surprise halt at Bedstead, ending his chance of making it a hat trick of Lightweight TT titles.

His retirement allowed Dunlop who banked a new Lightweight class lap record of 122.257 mph, to acquire the race lead, but only a narrow one by just four seconds in front of reigning Irish road race Super Twins champion McGee.

Following the scheduled pit stop, the race lead was to change again on lap 3 at Glen Helen as McGee following a great pit stop from the KMR crew went three seconds clear of Dunlop. 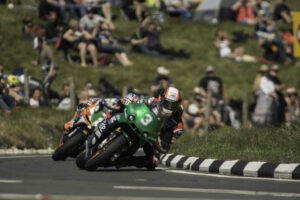 By Ramsey Hairpin Dunlop and the SC Project Paton were back in the lead and from here just had enough pace wise, to carry an extremely narrow 1.69 second lead on McGee going into the fourth and final lap.

Dan Cooper’s race concluded at Glen Duff, as the battle for third continued to be lead by Hickman now pulling clear of Paton’s Rutter and Bonetti.

The fourth and final lap saw Michael Dunlop put on an absolute masterclass. Beginning the gap with only a slender 1.69 second lead, by Glen Helen the lead jumped up to 5.489, then 8.508 at Ballaugh Bridge and then even further to 11.787 at Ramsey Hairpin.

Crossing the mountain in his usual rapid, determined manner, it was looking a distinct possibility for a first 123 mph lap by a Super Twins machine at the TT.

As he powered past the chequered flag at the completion of lap four, he had not set a 123 mph lap, but had beat his previous new class lap record of 122.257 mph, lapping at an astonishing 122.75 mph. 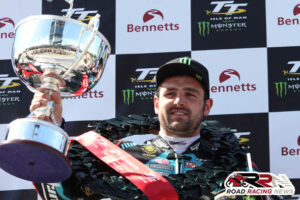 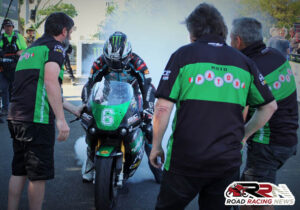 Victorious by 14.6 seconds, alongside securing a first Lightweight TT triumph, the Ballymoney racer misunderstood by some, worshipped by many, described regularly as a pure road racing genius, has now gone solely third on the all time TT winners list in front of Dave Molyneux, and just five behind previous team mate John McGuinness, tally of victories. 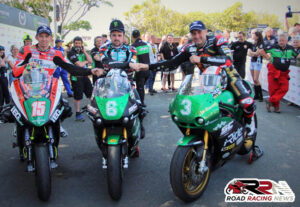 Peter Hickman on course for his fourth rostrum finish of TT 2018, race ended at Union Mills, which allowed SES TT Zero winner Michael Rutter to wrap up the podium finishers.