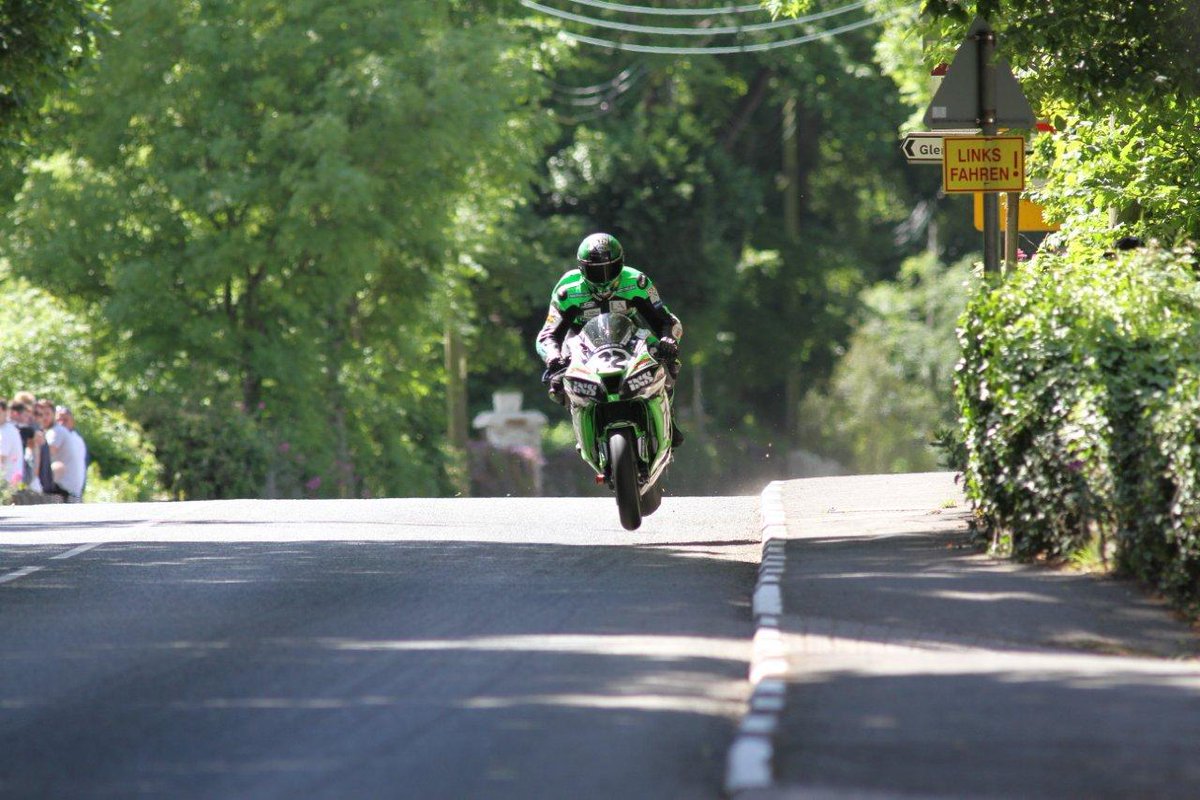 Via a very creditable 11th place finish, tying his personal best result at the TT Races, Horst Saiger took an early lead in the eighth edition of the TT Privateers Championship.

Showing top class form aboard his IXS backed ZX-10R Kawasaki, the former North West 200 Superstock lap record holder, firmly lead the continental European challenge, in one of the most dramatic Superbike races, to grace the Mountain Course, for a long time. 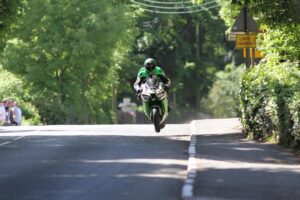 Twice during the six lap race, lapping in excess of 126 mph, the rider originally from Liechtenstein steadily built up his pace, finishing in the end in front of none other 11 times TT winner Bruce Anstey, plus some of the anticipated leading privateers series challengers including Jamie Coward.

More than capable of multiple top ten finishes, throughout the rest of race week at TT 2017, Horst epitomises the worldwide appeal, of the most famous road race in the world.

Chatting to Horst in the paddock, during practice week, you can tell how popular he is within the German, Swiss and Austrian road racing communities.

It’s important for the TT to year on year, increase it’s interest within Continental Europe, which in my opinion is experiencing a boom time, in terms of popularity for pure road racing.

Riders such as Horst, help showcase the spectacle of the TT Races, on the near continent.

Plus also worldwide, in particular in New Zealand, where in recent years he has been a prominent front runner, at the famous Wanganui meeting, ran on the iconic Cemetery Circuit.

A world class exponent of the roads scene for multiple years, it would not be a surprise at all, to see Horst lift the Privateers championship title at TT 2017, and thus become the first overseas winner of the prestigious championship.