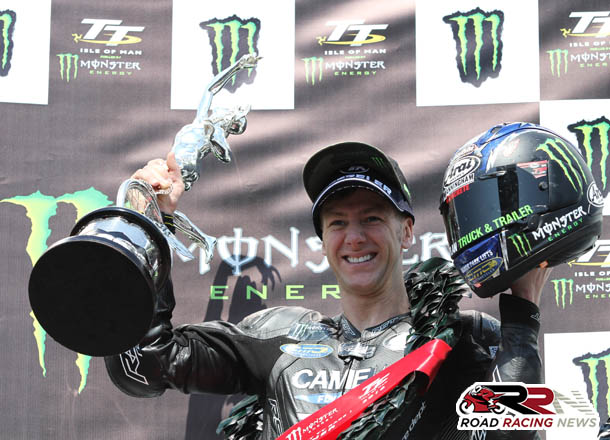 Ian Hutchinson underlined his status as the pre race favourite, by going quickest to Glen Helen on lap 1 by 3.5 seconds over Dean Harrison, with Michael Dunlop 0.75 back in third. 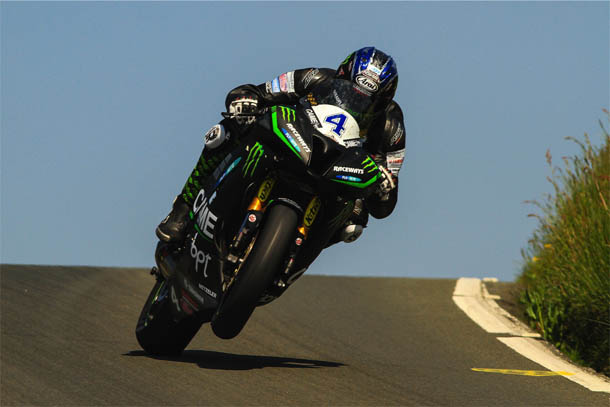 By Ballaugh Bridge, Ian Hutchinson’s race lead was up to in excess of five seconds, as Michael Dunlop moved into second place 0.012 of a second in front of Dean Harrison.

At Ramsey Hairpin, Hutchinson’s lead was now 6.018 seconds over Dunlop, Harrison was 0.8 back on Dunlop, whilst James Hillier fourth, was enjoying a productive opening lap on the Quattro Plant Muc Off ZX6R Kawasaki.

Over the Mountain, Hutchinson increased the lead to in excess of nine seconds, by the end of lap one he held a 10.131 seconds advantage over Michael Dunlop.

Onto lap two and the question was could Dunlop start to eat into Hutchinson’s lead?

By Cronk Ny Mona on lap two, the lead was now getting up to nearly 13 seconds, Ian Hutchinson on the Came BPT YZF R6 Yamaha, was showcasing once again why he is considered one of the all time supersport greats on the Mountain Course.

The culmination of lap two, would see Ian Hutchinson hold a 12.838 seconds lead over Michael Dunlop, following a dazzling lap of 128.26 mph.

Dean Harrison was now dropping back in third, but still hugely impressing on the Silicone Engineering Racing ZX6R Kawasaki.

Following the scheduled pit stops, the only major change within the top six, at Glen Helen on lap three, was James Hillier slotting back into fourth in front of Conor Cummins.

Michael Dunlop was on a charge getting the race lead down to 10.175 seconds at Ramsey Hairpin, by the end of the lap though Ian Hutchinson upped the ante again, to increase his lead to 11.602 seconds.

Dean Harrison kept up a strong pace to remain third, whilst James Hillier fourth, was just about holding off the attentions of Conor Cummins, who was 2.3 seconds behind the 2013 lightweight TT winner. 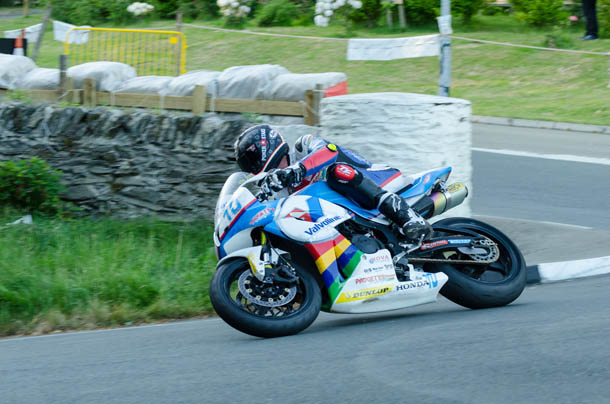 Having fought off a mid race challenge from Michael Dunlop, Ian Hutchinson held a comfortable lead out front at Ramsey Hairpin on the final lap, leading now by 12.913 seconds.

The lead grew and grew over the mountain, as the Came BPT Yamaha rider, was homing in on 12th TT victory.

Hutchy crossed the line at the end of lap four to clinch his 12th TT victory, his seventh in the supersport class.

Michael Dunlop second was 14.303 seconds behind his on top form fellow competitor. 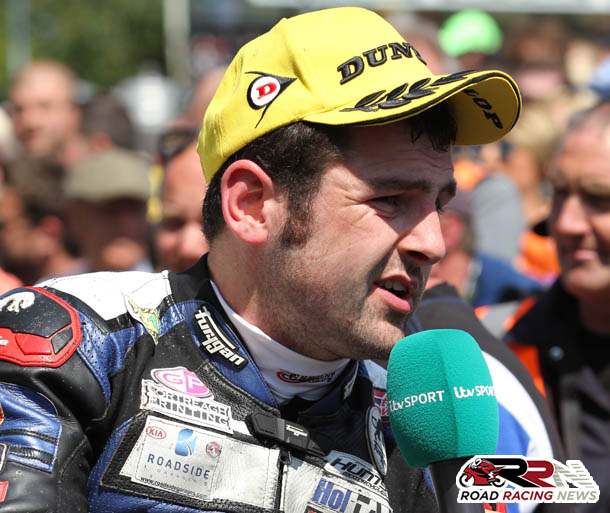 Dean Harrison third, was over the moon, to be back on the podium at the most famous road race in the world. 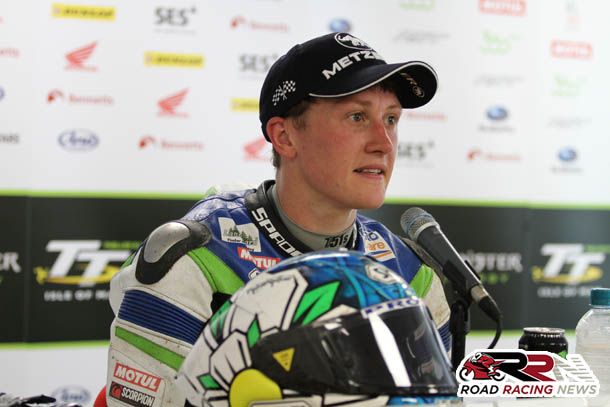 Cameron Donald endured a challenging race on his way to eleventh, added stand out performances included James Cowton a more than creditable 12th on the Cowton Racing by Radcliffe’s CBR 600 Honda.

Ian Hutchinson reminded everyone today, why he is regarded by many as the world’s leading pure road racer.

The scene is set for another duel between Hutchy and Michael Dunlop, in the upcoming Royal London 360 Quantum Superstock race.

Who will emerge victorious this time between the riders who now both have 12 TT wins, or will another of the 69 starters surprise everyone, by beating the two dominant riders to date of TT 2016.