Top Season Of Road Racing In Prospect For Shaun Anderson 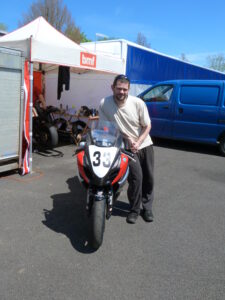 Shaun Anderson looks all set to have a top year of road racing in 2014. 2013 saw Shaun at the Tandragee 100 achieve a superb second place finish in the opening superbike race, but it was at the Isle of Man TT that Shaun produced a performance that captured many peoples imaginations.

Plus Shaun is competing in the lightweight TT race and is aiming to compete in the TT zero race. Having made his Manx Grand Prix debut back in 2010 recording a second place finish in the newcomers A race Shaun has since become one of the most improved riders around the mountain course.