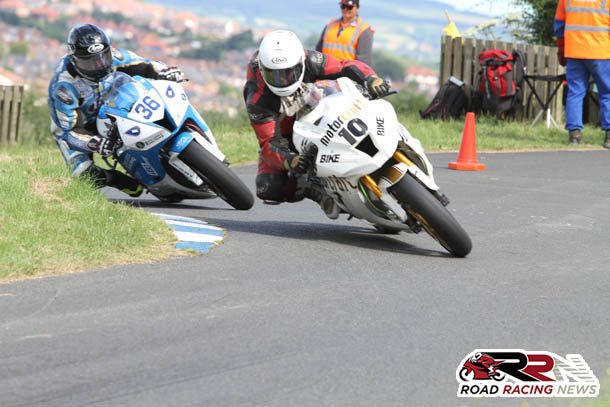 25 times a race winner at Oliver’s Mount, Doncaster’s Mick Goodings who’s raced wheel to wheel at Scarborough with the likes of Ian Lougher, John McGuinness and Michael Dunlop, is the next racer to take part in Road Racing News, ten questions challenge.

Runner up in two thrilling 125/400 races at last months Southern 100, his answers to the popular series of questions, are as follows:

“Got to be Oliver’s Mount, Scarborough, as I grew up watching my dad race there and knew that’s what I wanted to do and follow it on.”

“This is a close call between my 2003 R6 Yamaha which gave us some great success, and my dads ZXR 750 Kawasaki with its spondon chassis.”

“For me it’s the fact that there’s no track days or test days, meaning everyone is in the same boat and the mega atmosphere along with the total adrenaline rush.” 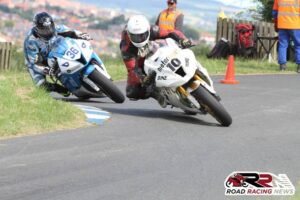 “Got to be the Ulster GP, as I’ve never done any of the others.”

“Richard Gibson (Gibbo) as we had so many close races together, and held the respect for each other on the track as well as off.”

“There’s been a fair few wins so far, but qualifying for the front row for the 2017 Cock O’The North at Oliver’s Mount, was a good day.”

“I would like to see more in England, and can’t wait for Scarborough to be up and running again.”

“Ian Hutchinson, for his pure determination throughout.”

“Superbike, as they are much more fun.”

“Pole position, definitely a bigger buzz leaving the line with front of the pack.”