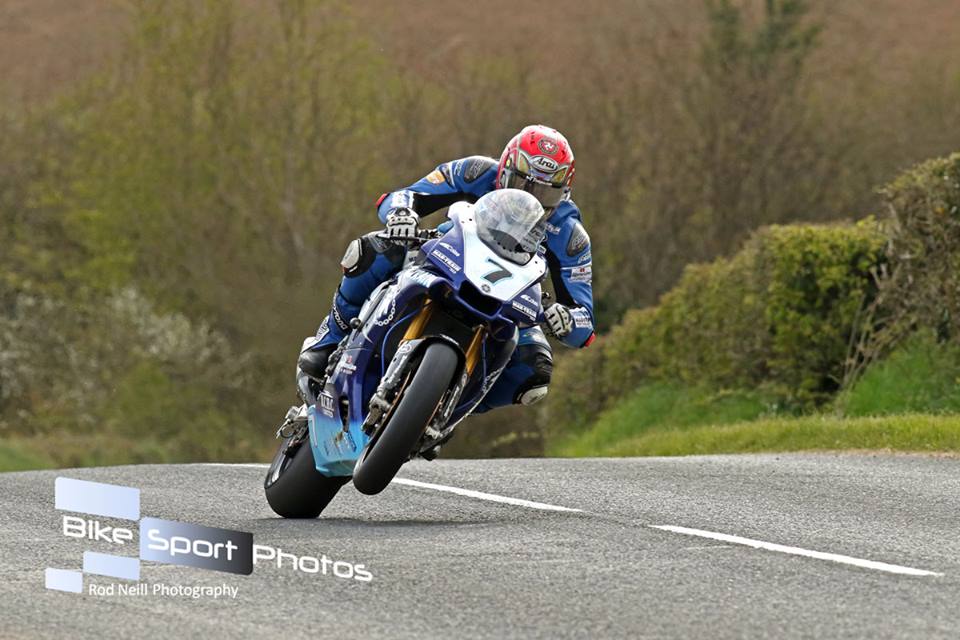 Dan Kneen was the dominant force in the senior open at the Tandragee 100, as Dan for the second time in his career clinched the blue riband victory around Tandragee.

His victory culminates a highly successful weekend for he and the Mar Train Racing team.

Leading the challenge to Dan and the Mar Train Racing YZF R1M Yamaha, was Derek Sheils, who produced a highly accomplished all round performance.

Cookstown BE Racing team mate, Malachi Mitchell Thomas, completed the top three finishers, as he continues to impress everyone, in his first season of Irish road racing.

Paul Jordan in eighth, wins the Eddie Sinton trophy, for been the leading supersport 600 mounted rider.

With a winning margin of 6.272 seconds, it’s fair to say Dan Kneen proved today in the senior open at Tandragee, that he has the potential to be a force to be reckoned with at the upcoming international’s.

The YZF R1M Yamaha, is gradually getting better and better on the roads, the question now is how will it and Dan fare around the Triangle and the Mountain Course.

Tandragee 100 – Results Round Up