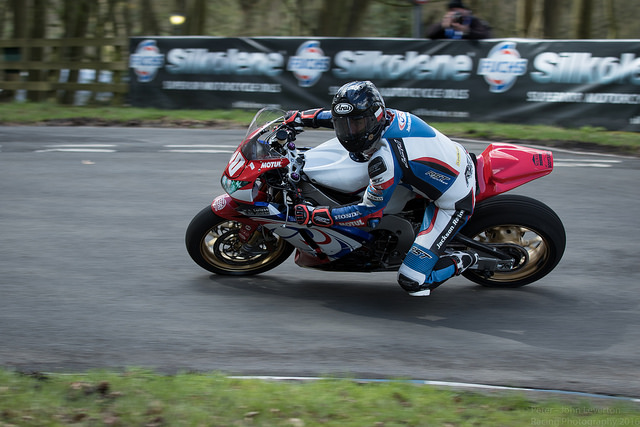 The opening senior race, would see Steve finish a highly creditable fifth, on the Jackson Racing CBR 1000 Honda Fireblade, as he lead the Honda challenge.

Without a doubt main highlight of the two day meeting for Steve, was in the first classic F1 superbike race.

Piloting one of Mistral Racing’s ZX7R 750 Kawasaki’s, he was locked in an early battle for race lead with Mistral Racing team mate Jamie Coward.

On lap two Jamie encountered reliability problems, this left Steve with a strong advantage out front. At the end of the five lap race he clinched his first win around Oliver’s Mount, since his memorable spring cup success four years earlier.

With just 32 days till TT 2016, the rider holding the number 19 plate for the superbike, superstock and senior races, is hugely looking forward to taking in his eighth TT Races.

At present Steve’s current personal best result at the most famous road race in the world, is eighth place finish in the 2013 superstock encounter, when competing for Penz 13.com BMW.

Amongst a select group of riders to have lapped the Mountain Course in excess of 127 mph, it would not surprise anyone if “Merc” joined the 130 mph club at TT 2016.