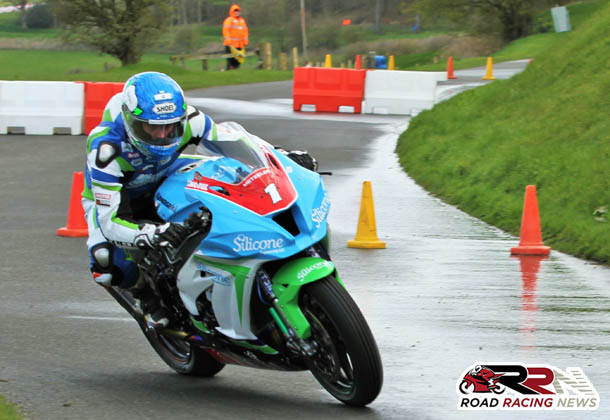 Piloting the Silicone Engineering Racing superstock ZX10R Kawasaki, he showcased once again his prowess around the mount.

The reigning lightweight TT winner has enjoyed a productive days competition, having been victorious in the super twins race, plus recording another fourth place finish in the opening junior A race.

Leading the Honda challenge was Steve Mercer, who finished a more than creditable fifth on the Jackson Racing CBR 1000 Honda Fireblade.

Despite tricky wet conditions all round, we still saw top class superbike action at Oliver’s Mount.

Prior to the Spring Cup National Road Races, Silicone Engineering Racing had not competed before at the iconic road race circuit. 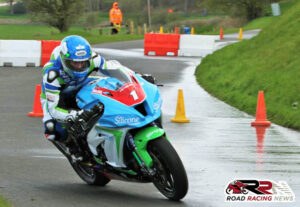 Their first meet at the mount, has yielded today second and first place finishes in the junior A and senior races.

A very impressive debut for the team who enjoyed Mountain Course success in the 2015 senior Manx Grand Prix, with Malachi Mitchell Thomas.

Could we see Dean Harrison at last clinch the spring cup title tomorrow?

If he does he will hold the full set of prestigious Oliver’s Mount titles, the Gold Cup, Cock Of The North, Barry Sheene trophy and Bob Smith Spring Cup