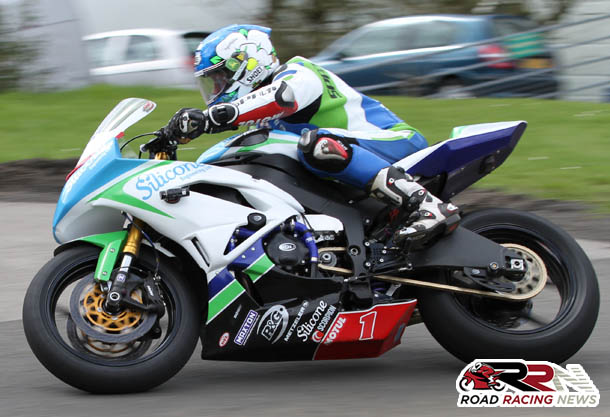 With much improved conditions, day two of the Spring Cup National Road Races at Oliver’s Mount, began with series of morning warm up sessions.

The second senior race saw Dean Harrison, make it back to back victories on Silicone Engineering Racing’s superstock ZX10R Kawasaki.

It was Dean’s thirty fifth success around the mount, as he finished 2.017 seconds in front of Ivan Lintin, during a closely fought eight lap race. 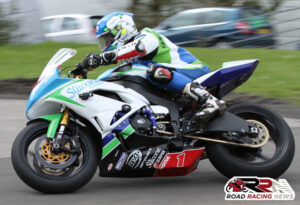 Completing the top six finishers was Alan Bonner, who made it a Kawasaki 1-2-3-4-5-6, a unique achievement for the manufacturer who’s last Steve Henshaw international gold cup success happened in 2011 with Ryan Farquhar.

Steve Ramsden/Matty Ramsden where an impressive third whilst Conrad Harrison/Lee Patterson, had an eventful race, on their way to fourth place finish.

Paul Owen produced a top draw all round performance, to win the only lightweight race, at the Spring Cup National Road Races.

Jay Bellers Smith made it an all Wales top three, as he enjoyed one of his best rides to date, on the roads.

Alistair Haworth lead the 400 challenge in fourth, Justin Waring was fifth, the top six was wrapped up by Paul Gartland.

Dean Harrison made it a hat trick of victories at the spring cup in the second junior A race, following another first class display from the second fastest rider in history around Oliver’s Mount.

James Cowton powered his way through to fifth place finish, showcasing the potential of the Cowton Racing by Radcliffe’s CBR 600 Honda.

Barry Evans, runner up in the 2015 newcomers A Manx Grand Prix was an impressive sixth, Dave Hewson was seventh, Mick Goodings was eighth, Mark Goodings was ninth, Rodger Wibberley was tenth on the team RWR YZF R6 Yamaha.

Adrian Harrison was the dominant force in the second junior B race, as he and the Printing Roller Services backed CBR 600 Honda, surged to race victory.

Paul Marley was seventh, Andrew Sellars was eighth, the final finisher in ninth was Peter Creer.

The Bob Smith Spring Cup race, will now take place during the Cock Of The North Road Races.