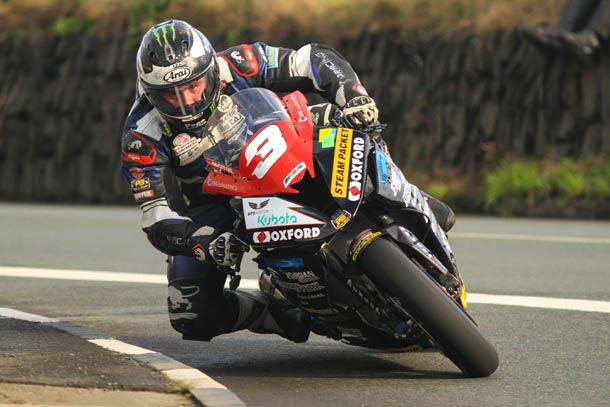 Michael Dunlop won the Southern 100 solo championship for the third time, as he recorded another landmark in his already golden pure road racing career.

The Hawk Racing S1000RR BMW never missed a beat, as Michael who was down in third at the start of the race, soon moved into race lead and from there opened up a 3.7 second at the end of the opening lap.

Following lap one his advantage out front grew and grew, at the end of the nine lap race, the race winning margin was 6.494 seconds. 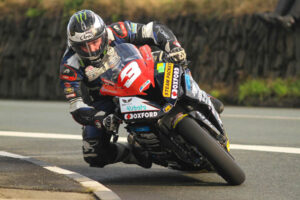 Dean Harrison second on the Silicone Engineering Racing ZX10R Kawasaki, was happy with the runner up spot.

A double supersport winner, his performances this week have been made all the more prodigious given he is still feeling the after effects of an incident during the 600/1000 race on Tuesday evening.

Devitt RC Express Racing’s Ivan Lintin completed the podium finishers, having held off a strong challenge from Dan Kneen for third, who has enjoyed a productive week of competition around Billown on the Mar Train Racing YZF R1M Yamaha.

Dan Hegarty finished a more than creditable seventh whilst Davy Morgan and Mark Parrett, eighth and ninth both rolled back the years with top class performances.

It’s fair to say that going into the 2016 pure road racing season, many people including me where wondering whether Michael could get back to his spellbinding form as seen in 2012, 2013 and 2014.

He’s more than back to his best, he’s arguably now riding as good if not better than ever before. So what’s next on the horizon for the 13 times TT winner, sixth successive race of victory at Armoy? 134 mph laps at the Ulster Grand Prix? 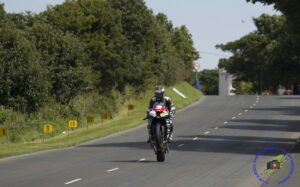 They are both definite possibilities for a rider, who time and time again proves the impossible is possible.