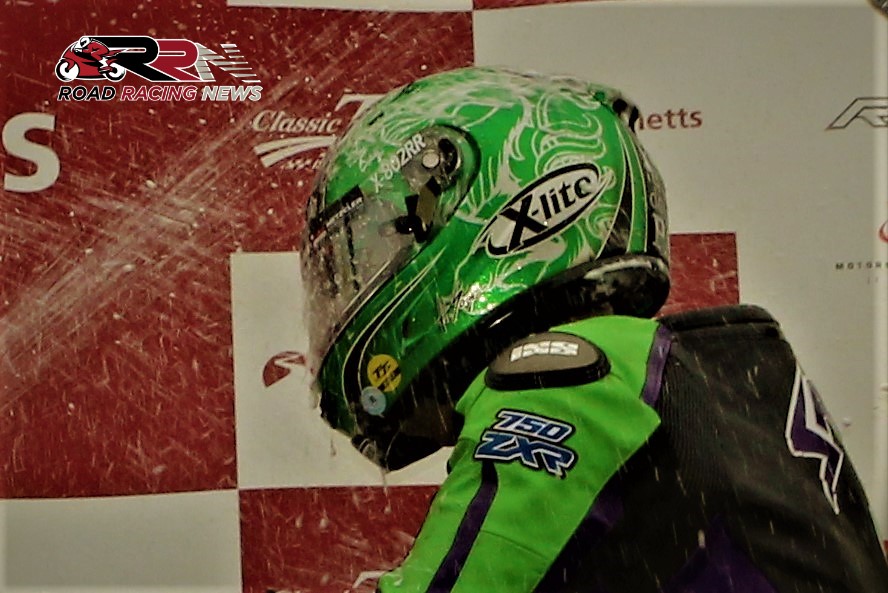 Today’s Snapshot Into History, revolves around one of the most unique podium celebrations I’ve and I’m sure 100’s have witnessed.

The racer who provided this moment could only be a great character, popular figure like 2017 TT Privateers Champion Horst Saiger.

Post placing third aboard the Greenall Racing Kawasaki within the record breaking Motorsport Merchandise Superbike Classic TT of 2017, he put his race helmet back on just as the champagne began to be sprayed on the rostrum.

Watching this I was thinking, I haven’t seen that before, this is different!

You could sense the surprise on peoples faces witnessing this in much the same way of new rostrum, victory celebrations initiated by McLaren F1 driver Daniel Ricciardo.

A former North West 200 lap record holder, feature race runner-up at the Cemetery Circuit Races, he tackled Mountain Course based events from 2013 to 2019. 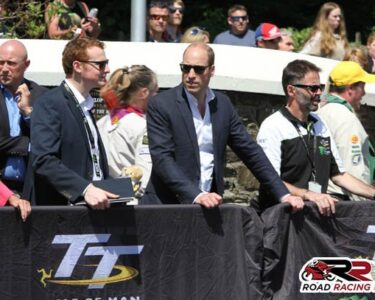 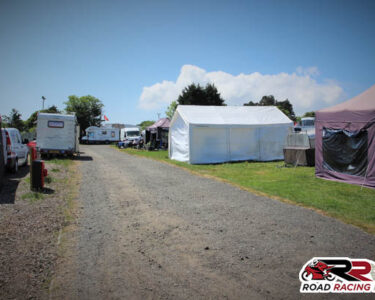