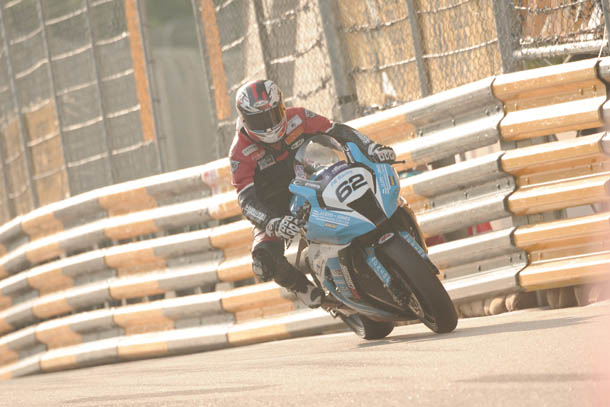 Stand out newcomer to Macau, during the 2015 Macau motorcycle Grand Prix, was Sam West.

Having shown strong form in practice and qualifying sessions, Sam went into the 12 lap race, confident of sealing a highly creditable result.

Sam was delighted with his result, he is aiming to return to the Macau GP in the future. 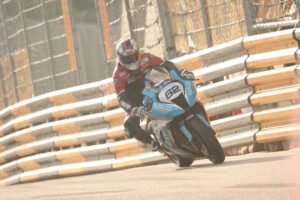 His Macau GP exploits, culminated what has been a highly productive year of pure road racing.

This result backed up by further highly accomplished performances in superbike, supersport, superstock races, propelled him to 11th position in the privateers championship.

Sam looks set to announce soon who he will be competing for next year, at North West 200 and TT 2016.

Established amongst the rising stars in pure road racing, Sam has the talent to in the future, become a podium finisher around the mountain course, Triangle, Dundrod and Macau.