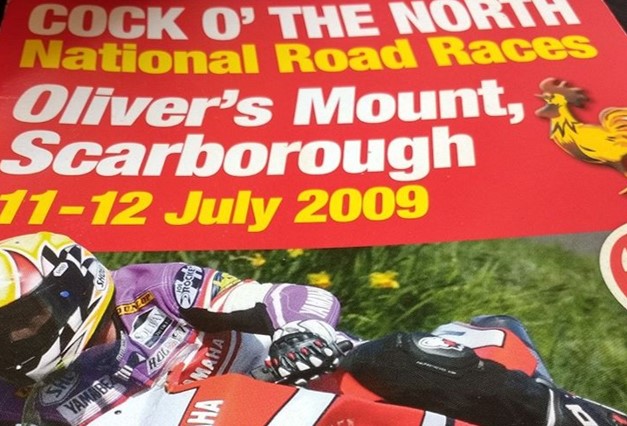 The 2009 Cock O’The North Road Races at Oliver’s Mount, Scarborough was yet another event which showcased in full the uniqueness, iconic nature of England’s only closed roads course.

Carryduff Forklifts supported Pearson piloting his trusty YZF R1 Yamaha steed, had to call upon all of his grit, determination, canny race craft to keep at bay the attentions of Quill Performance Exhausts backed Kiaran Hankin. 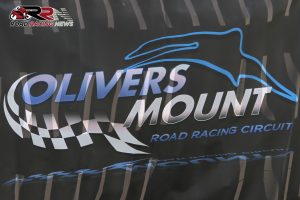 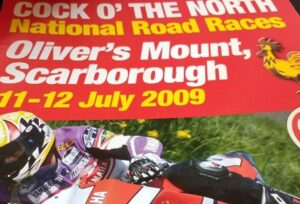 With race favourite Welsh roads legend Ian Lougher an early retirement, this paved the way for a nip and tuck battle between Pearson and Hankin.

There was nothing in it throughout and come the conclusion of the 10 lap showpiece encounter, under a second covered the proven Oliver’s Mount specialists.