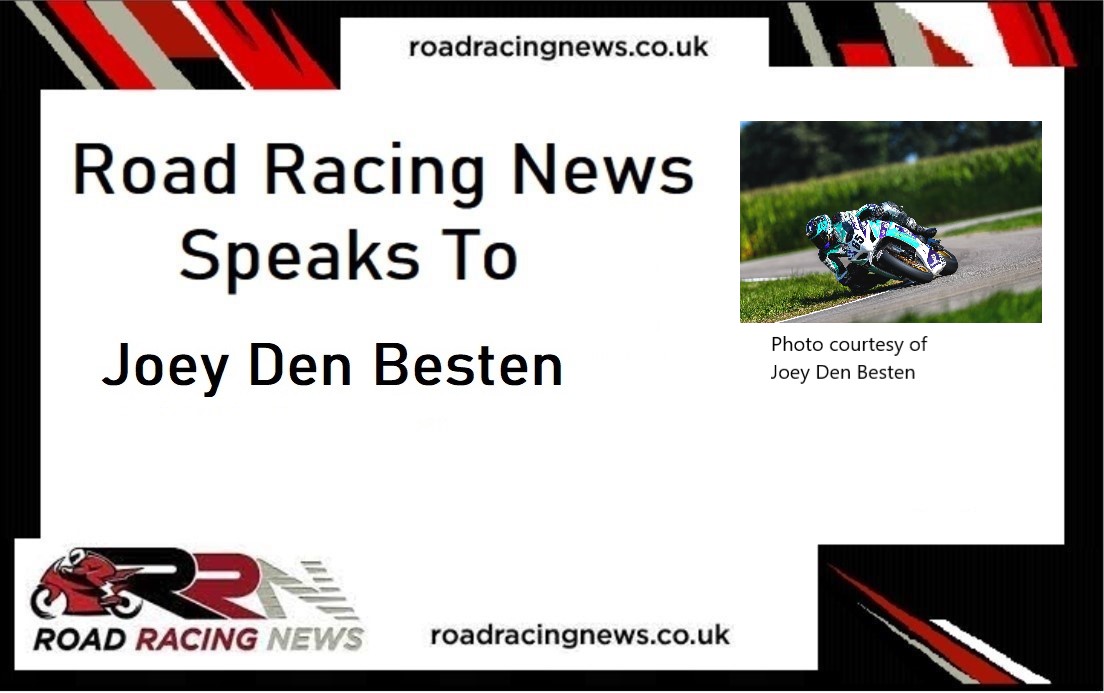 One name I didn’t mention above, twice IRRC Supersport Champion Joey Den Besten is rightly considered amongst the top Dutch pure road racers over the past two decades.

Formidable for many years on 600cc machinery, his latest IRRC expedition has seen him step up to the Superbike class, piloting a Motorradtechnik Geenen GmbH supported GSX-R 1000 Suzuki.

After a consistent campaign, that yielded six top 6 finishes which included podiums at Chimay and Hengelo, Den Besten finished an impressive third in the final IRRC Superbike Championship standings.

Recently I caught up with him to chat all things IRRC, 2021 highlights, future racing plans.

Q1: How pleased was you with your progress aboard 1000cc machinery throughout the season?

“The Motorradtechnik Geenen team was totally new in the road race world. For me it was my first year on the Superbike after many years of riding Supersport machines and with a break of couple years.

We had started every weekend at zero and built up knowledge and absorb all data in the less time we had on track. Step by step we made progression and gained good results.

We put hard work in to it, gave us a brilliant 3th place Championship finish in our first year. Knowing that we started from scratch, I am more than happy!”

Q2: Most satisfying moment throughout the season?

“Most Satisfying are the races were I could step on the podium. The best was our first race at Chimay. I showed a good pace and gave my team our first podium!

Horice was also great, with lots of people spectating and a good battle with Czech rider Kamil Holan.”

Q3: You’ve been Suzuki mounted this year, is there any particular IRRC venue were you feel the GSX-R 1000 has proven more than a match to the BMW’s, Kawasaki’s?

“No, there was no benefit. I had to work my ass off to keep up with the speed those bikes have. The next Suzuki rider is ranked at place 15 in the series standings. That will say enough.”

Q4: Would you say that the popularity of pure road racing is increasing in the Netherlands?

“I think that a lot of people are following it and have interest in it. Maybe there is a threshold.

They should actually come to a race because it’s all very accessible. Then they could see great action up close! In countries like Finland, Czech Republic and Germany the people are more open to it.”

Q5: Is a return to the North West 200 on the horizon in the future and is another full time Superbike IRRC campaign planned for 2022?

“The team learned a lot through the year. When it is possible we would like to do some other races in addition to the IRRC championship.

It will depend upon the traveling restrictions due to covid-19. But the main focus will go towards the IRRC. After a good and steady year we want to improve next year and become champion of IRRC SBK 2022!”