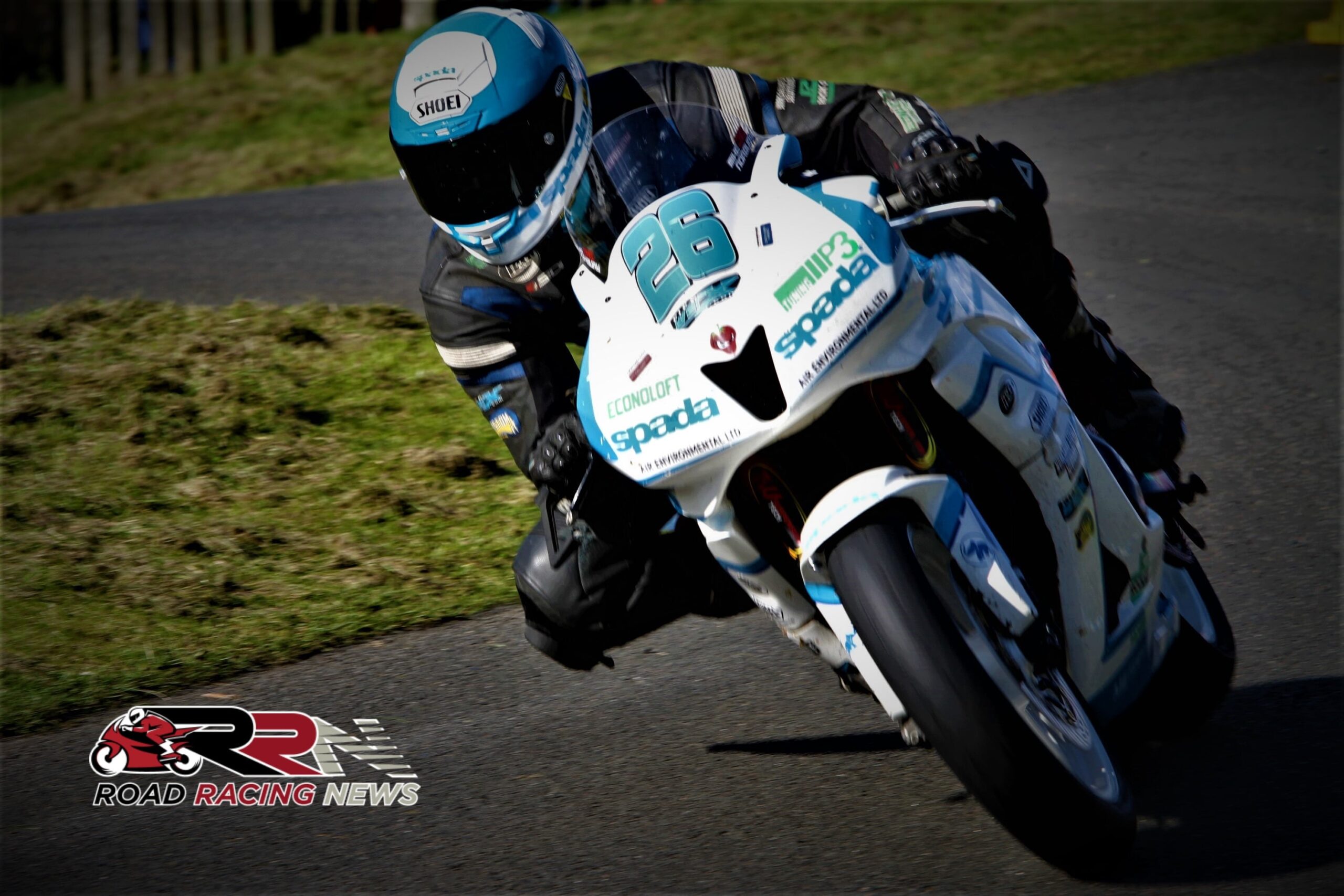 Various talented Mountain Course, next generation roads exponents were in action today at Oulton Park, for the final round of the 2019 Thundersport GB series.

Additionally a top five finisher in the opening premier class race, the Spada supported racer when reflecting upon his exploits at Oulton Park, stated via Facebook:

“Race 1: I got a good start in this race and got up to 2nd and managed to pull a small gap. As the race went on i started getting big slides and having moments losing places. I decided to just bring it home and finish 5th.

Race 2: After calling back at TW suspension we made a few tweaks for this race. The only problem was it was a drying track.

I span up on the start losing a lot of places but managed to pick my way through to 3rd onto the last lap and then managed to pass into 2nd on the last corner getting on the podium.

I can’t thank dean, Chris Barnes, Tony Broome and the AP Broome racing lads enough for all their help and hard work this weekend.”