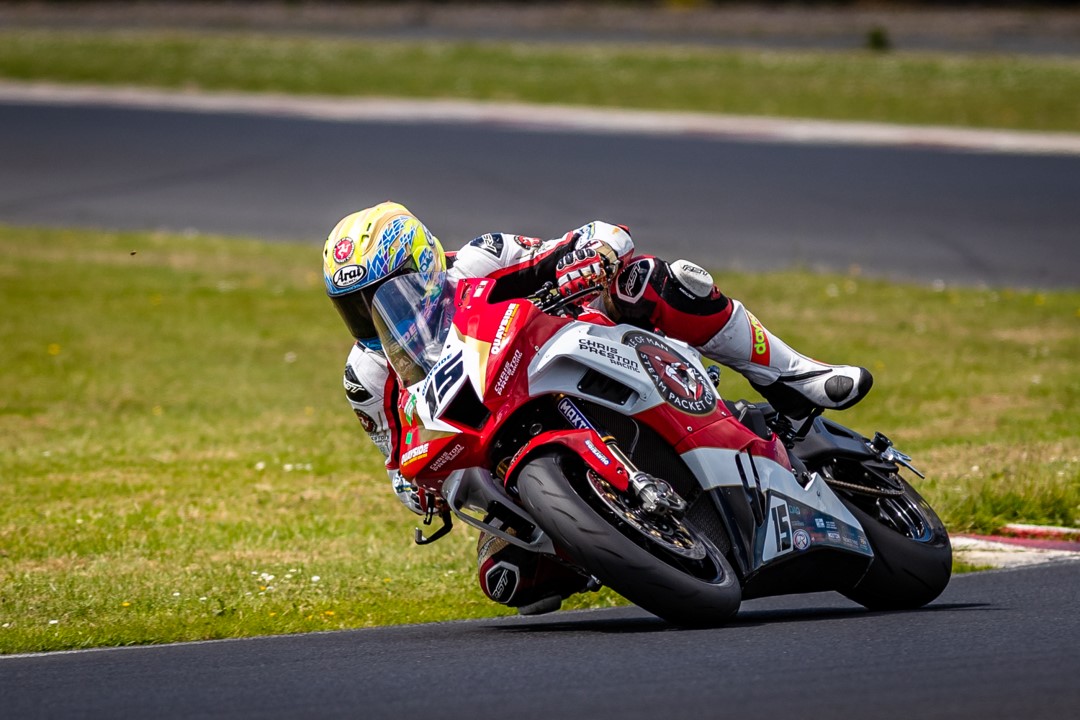 As throughout the UK blazing hot weather greeted those tackling the Anglesey round of the 2021 No Limits Racing series.

Close to edging the above showcased Daley for a podium finish in the third, final Pirelli Super Series 1000 contest, Chris Preston Racing’s Nathan Harrison was in good fettle all weekend around the flowing Anglesey Circuit.

Finishing no lower than seventh in the 1000cc encounters, Steam Packet supported Harrison proved again his potential aboard Superstock/Superbike machinery, which is certain to give him extra confidence ahead of his TT Races debut in 2022, which I’m sure all pure road racing fans worldwide, hope takes place!

Chimay Classics: Day 2 Round Up