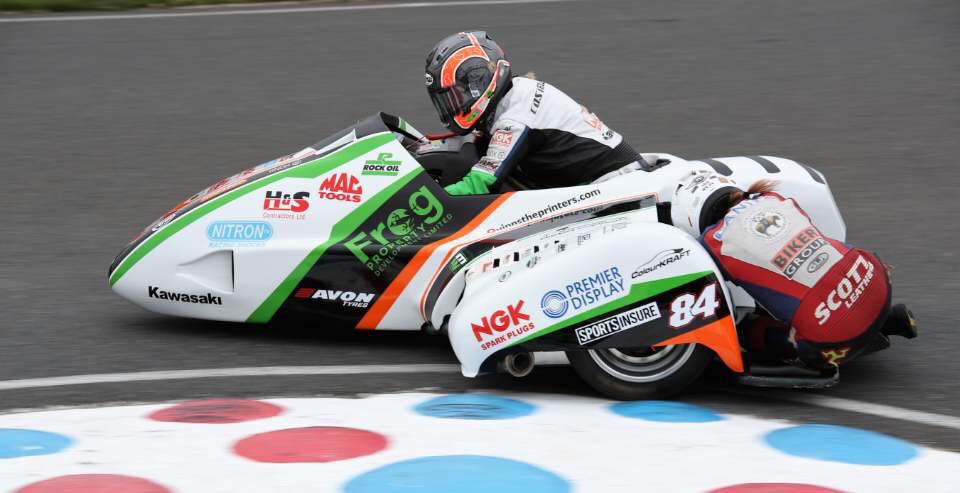 Leaving Mallory, in an extremely positive frame of mind, driver Costello MBE, who’s planning to join a select group of racers to have piloted three and two wheel machinery at the TT Races, stated:

“I’m over the moon with how we’ve started the season, especially as we have gone straight in to racing without any testing.

Julie is a great passenger and we’ve already secured all our signatures for our TT Mountain Course licence, and can now look forward to testing some new parts before the TT.” 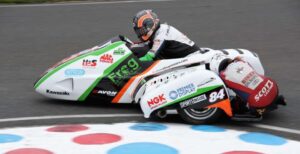 “Our small team really seems to be gelling well, the MJW Specialist engines are proving great as are the Avon tyres and the Nitron Suspension.

I’m also over the moon with the new livery, special thanks to the combined efforts of Pluckley Coachworks, Premier Display & ColourKraft.

Thanks also to Frog Property Developments for coming on board as our main sponsor, and to all my sponsors for making this season possible.”

“Maria has been driving brilliantly, with her confidence in our pairing showing in our results. We’ve had a fantastic start to the season.”