Irwin who has enjoyed a quite tumultuous start to the season, was in good form again on the Honda Racing Superbike, registering a best lap time of 53.607 seconds.

ON1 Racing’s Brian McCormack 25th quickest, nudged under the 57 seconds lap mark, plus completed a fair bit of mileage on his S1000RR BMW steed, completing 35 laps.

Reigning Senior TT Champion Dean Harrison, 19 times TT winner Michael Dunlop were both down to compete this weekend but both appear to be non starters.

Ending the day with a best lap time of 56.459 seconds, Johnston’s lap total from Friday at Silverstone stood at 52. 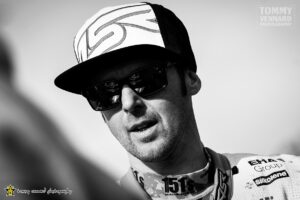