Racing Tales With Ralph Crellin – A Faller At Aintree 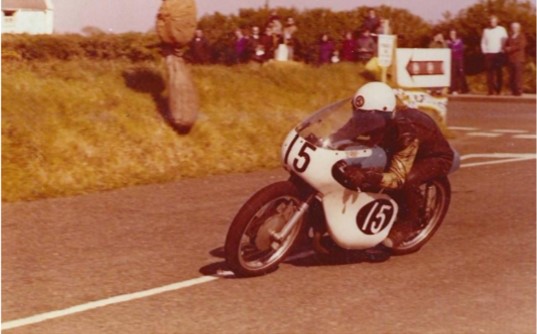 We all love a good racing tale don’t we? Countless funny, drama filled, unpredictable stories have been recalled by racers during recent times on social media, most notably through the Rob Mac memories series introduced by three times TT winner Rob McElnea.

Recently, we at Road Racing News have been in touch with former TT sidecar passenger and Manx GP competitor a Ralph Crellin who recounted an interesting tale from competition at the Aintree based Waterloo & District Motorcycles Races in 1973. 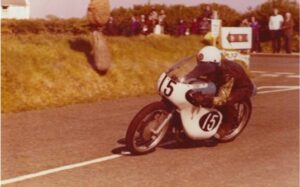 “No, not in the Grand National but during the Waterloo & District Club motorcycle races held inside the horse racing course.

As I lived in Liverpool then, and a member of the club, it was an ideal meeting, as I only lived a few miles away, so no overnight driving or early start, ideal. The meeting was held in late August and always had a good field of top competitors from the Northwest area.

Riders like John & Charlie Williams, Eddie Roberts, Stan Woods, Bernard Murray and Phil Carpenter, all MGP and TT winners, never likely to beat them as I rode in the same events but on a 125 and they were on 250’s but a good learning experience for a club lad.

During the practice sessions Phil Carpenter on his 250 Yamaha passed me on the entrance to Bechers Bend and I tucked in behind to be towed round and learn.”

“As we exited onto the Railway Straight his extra power told as he drew away. About half way down the straight, tucked in and flat out at about 110 mph I spotted something out of the corner of my eye by a Steeple chase Jump.

By the time that I realised that it was a dog and a F***ing big one at that. It trotted across the track into my path and I t-boned it midships.

I disappeared straight through the windscreen and ended up on the grass, thankfully unhurt, but very shaken. My bike suffered though with bent forks and wheel and other slight damaged parts.

The nearby marshals asked me what I was doing? They said they saw nothing.”