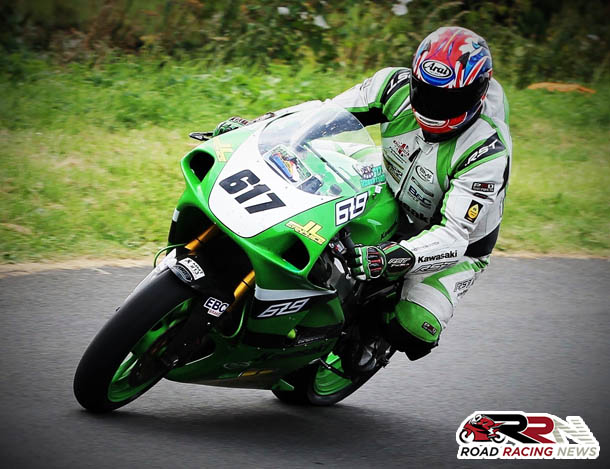 It’s been a productive first season of competition at Oliver’s Mount, for Craig Robertson.

The Spring Cup National Road Races, marked not only Craig’s debut at the mount, but also his first venture into roads action.

His next competition at England’s only pure road racing circuit, was at the Cock of The North Road Races.

Now with a meeting under his belt at the iconic roads venue, he rapidly increased his pace around the mount, in going onto secure eighth position in the second Lightweight encounter, when piloting his own teams ZXR 400 Kawasaki. 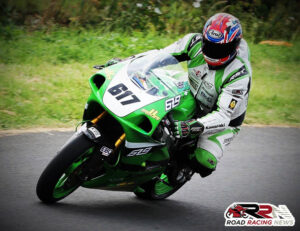 Arguably though the standout moment from his first year of roads action, was at the Cock of The North Road Races.

The solo non qualifiers race, would prove a quite prodigious one for Craig, who went onto finish a brilliant second.

“The first non qualifiers race I started 5th, after a decent start going into turn 1 in 3rd, I was baulked by a 600 who was a right pig to pass as he would draft back past on the power.

Once I block passed him into memorial out and kept him behind into farm bends I managed to make a gap and catch my good mate Rad Hughes who was at that time lying in 2nd, I passed him on the brakes into turn 1 and tried to get after Mike Mace who had disappeared on his shiny new blade.

No chance of that but I did set my fastest ever lap of a 2’03 flat… so a PB and a podium to boot, my first at the Mount!”