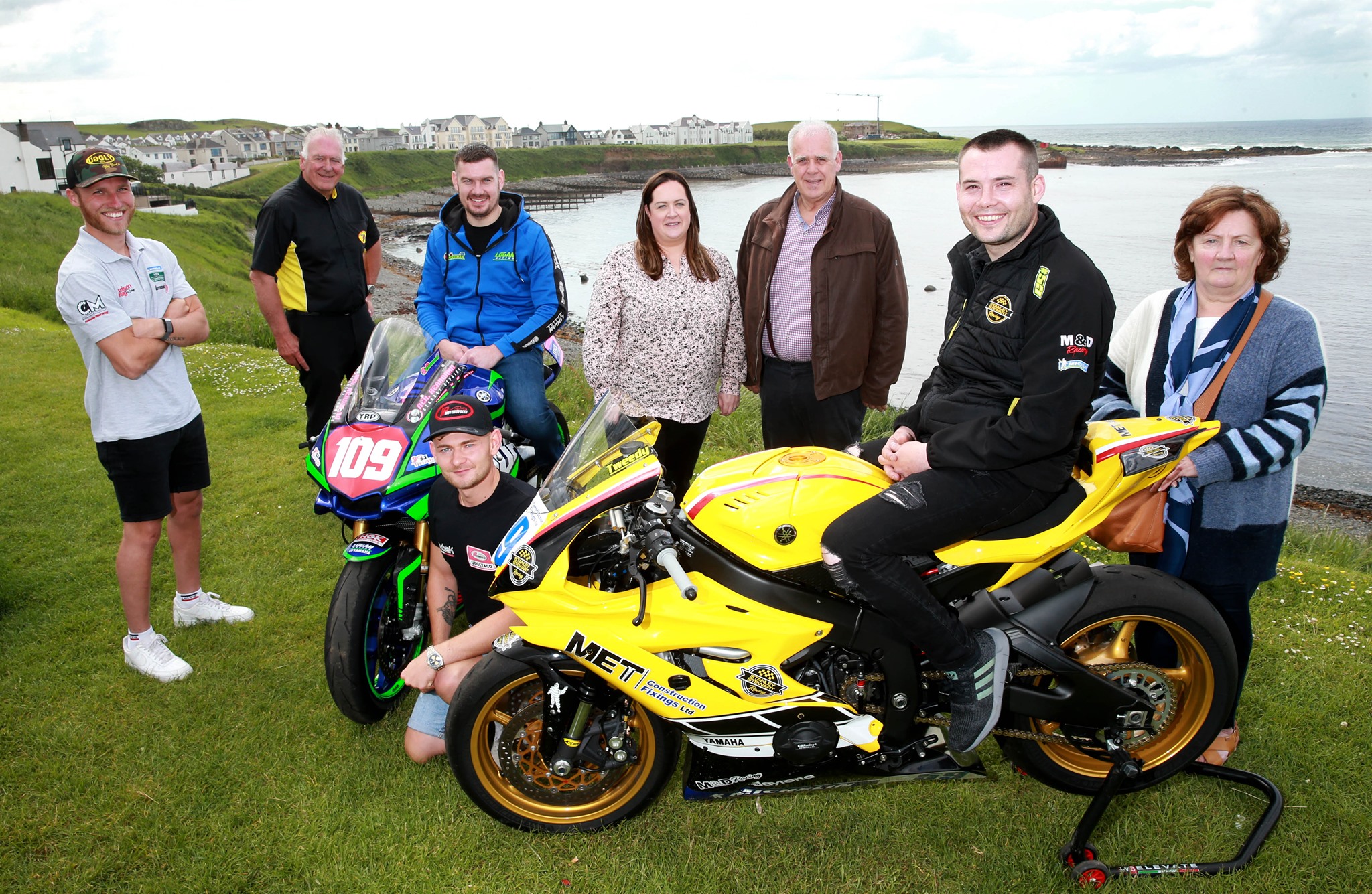 There’s a poignant reason behind McAlonan Oils decision to sponsor the returning Armoy Road Races, as they pay tribute to the late Sean McAlonan who sadly passed away from an RTC incident during November of 2018.

Honouring the memory of the much loved individual, this month’s 250cc/350cc machinery based Junior Classics race at Armoy will have title support courtesy of the aforementioned McAlonan Oils.

Commenting about their grandson who was a popular truck driver nicknamed ‘Scooby’, his grandparents Vincent & Kathleen McAlonan stated:

“Sean has left us with some fantastic memories. He made such a difference in his short life and achieved so much. He lived out his dream of becoming a truck driver and worked all over England and Ireland and he also had a keen interest in farming.

Sean was very popular amongst his peers and spent many Saturday nights getting dressed up in his checked shirt, blue jeans and Super Hampton boots for a night out with his friends.

Sean enjoyed every minute of life and as a family, we miss him dearly as do all his friends and colleagues.”

“We wanted to thank the Armoy Motorcycle Road Racing Club for all their assistance during Sean’s Memorial Truck Runs and we thought the most fitting way to do that was to sponsor a race, as we know it’s something that Sean would have really loved.

We’re really looking forward to the event in July and feel so privileged to be able to give back to an organisation that helped us so much during our time of need.”

“On behalf of the Armoy Motorcycle Road Racing Club, we are delighted that McAlonan Oils is sponsoring the Junior Classics race. We are humbled by the fact that this race will be run in Sean’s memory and that it’s an event that he would’ve got so much enjoyment out of.

Sean was an incredibly popular young man, and his sad passing has left such a void, not only in the McAlonan family, but in the local community as well.

From the volume of entries that we have received thus far, the Junior Classics race is set to be a very good race. We hope that those attending this year will have a great weekend and we would like to sincerely thank the McAlonan family for their very kind support.”