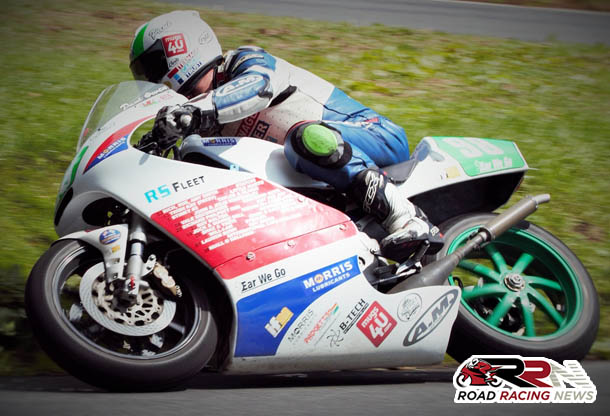 Over three decades a competitor at England’s sole pure road racing venue, his answers to the Scarborough themed set of questions are as follows:

“My first memory of Oliver’s Mount was when I turned up for my first ever race in 1994. I had Paul Marra Browns Castrol Honda leathers from 93 and I remember practice was only a few laps, so the organisers picked a grid and with my bling Castrol leathers I was on the front row.

I looked around and seen Lougher, Palmer, Dunlop, Lofthouse all get off there bikes but I was sat on mine. I didn’t realise it was a push start and was still sat there with my arms crossed as the flag stopped. A big lesson was learnt!”

“My favourite part about the mount was the paddock and how all the riders clubbed together to help each other, as I always thought racing there was dangerous just because of the nature of the track, but saying that I had many great wins there.”

“My best moment must be winning the Phil Mellor Trophy.” 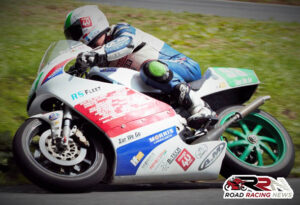 “There have been many but the one that stands out for me has to be Phil Stead. He wasn’t scared to push for the win to beat McGuinness and Lougher on the 250.

But to see him beating David Jefferies on the V&M 1000 Yamaha as Phil was on his 250, he lead DJ over the line but the red flag went out and DJ got the win as it goes back a lap. Phil also smashed the 250 lap record but it didn’t count as it was the Gold Cup 1000cc race.”

“I would of liked to have raced the JPS rotary Norton around there, as I’ve been racing it at a few short circuits and the Classic TT but never got to at the mount.”

“I think my most respected rival was Phil Harvey as we were very similar, we was both racing the 125’s back in the early 90’s then we moved up the classes together, and our rivalry turned in a great friendship and then into team mates.

It’also great to see the racing back at Oliver’s Mount and to see it being run by EX racers, just shows the passion and enjoyment they must of had from racing there themselves.”