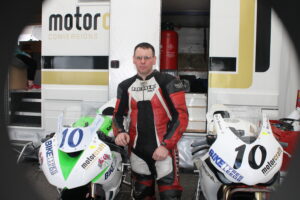 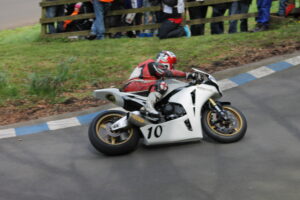 Supersport A race saw Mick out in action on a ZX6 Kawasaki backed by G + O. The Kawasaki never missed a beat as Mick recorded a top 10 finish in what was a top all round supersport 600 race. In 2013 Mick produced arguably one of his best performances around Oliver’s Mount during the Steve Henshaw international gold cup race by finishing in fourth place, Mick is set to be back at the mount for the Cock of the north road races in July.