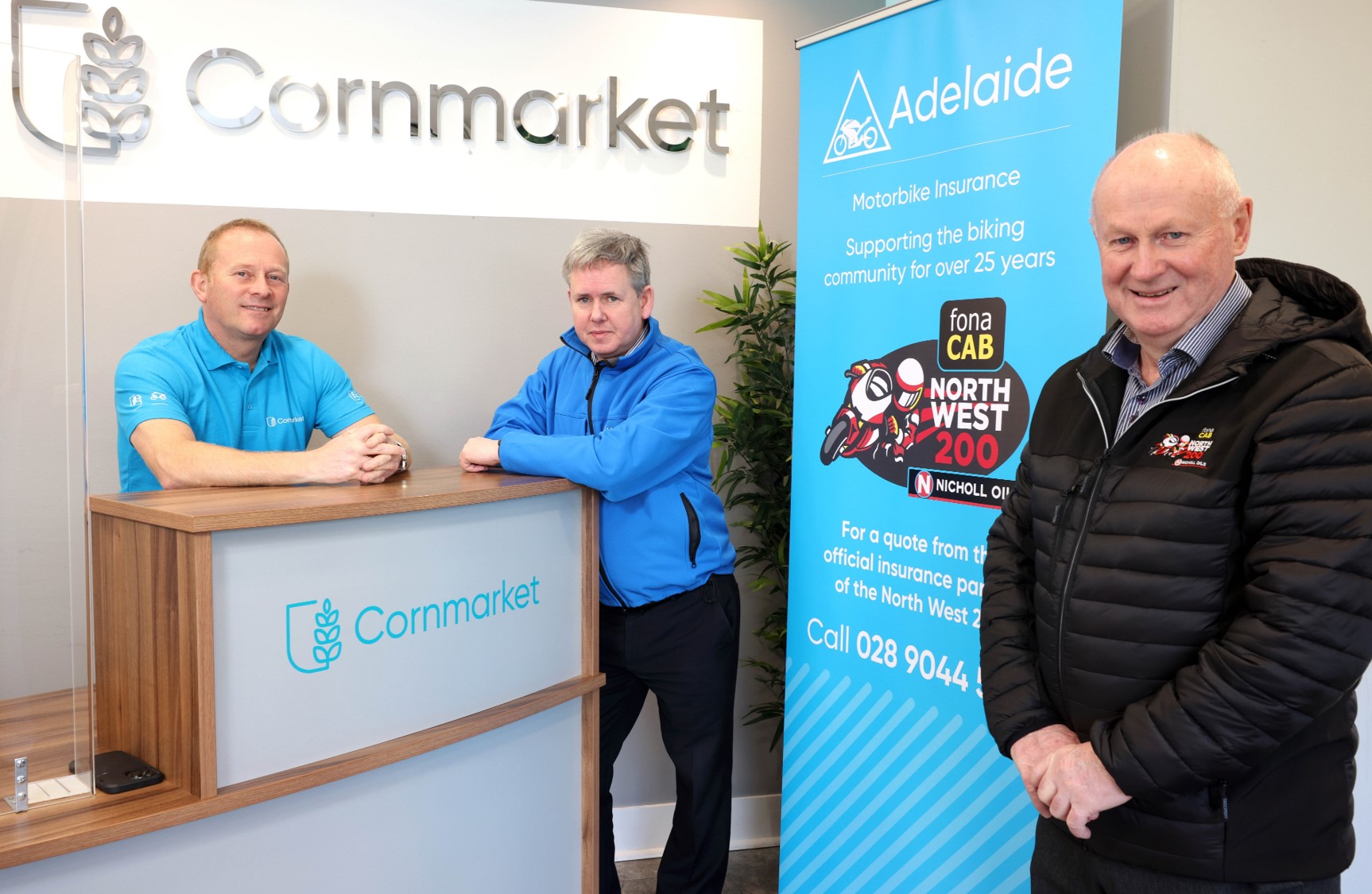 Commenting about the latest positive news ahead of the NW200’s return to the roads calendar, Mervyn Whyte MBE stated:

“Given Adelaide’s strong presence in the motorcycle world, both as an insurer and as the sponsor of the Irish Motorbike Awards, the company is a natural fit for the North West 200.”

David Molloy, who occupies the role of Marketing Manager for Adelaide Motorbike, added:

“The team at Adelaide is passionate about bikes and is proud to support the biking fraternity.

We are delighted to be the official insurance partner of the NW2OO which is Ireland’s largest outdoor sporting event.

We, like everyone else, are keen to get back out on track to enjoy the thrill of live racing. This year promises to be fantastic and we wish all the competitors every success.”