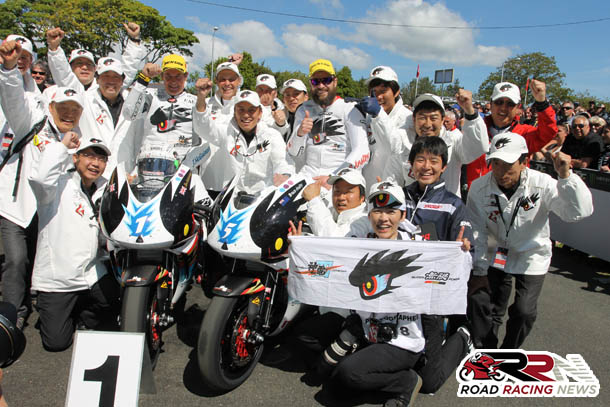 Announced today by M-TEC Co.,Ltd. President Tomoyuki Hashimoto, Mugen have suspended their TT Races project following the decision by TT organisers to drop the Zero class from the race schedules of the next two TT meetings.

Since first entering the innovative electric machinery based zero class in 2012, Mugen has gone onto secure four 1-2 finishes and overall six victories. 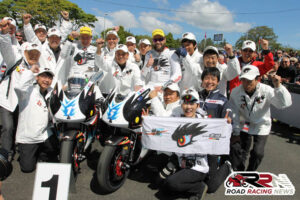 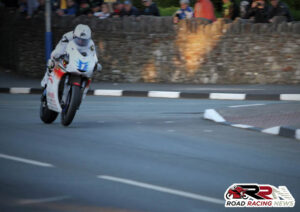 The positives are the showcasing of next generation technology, showing for many a viable, vibrant racing future for battery powered bikes and proving again why the fabled, mythical Mountain Course is such a prominent, important arena for the motorcycling industry.

In contrast to the positives, one dominant manufacturer doesn’t always provide good publicity and it’s added fuel to those not keen on the zero class, who fully believe it shouldn’t count as a TT victory.

Since 2014, prior to each TT Zero race, racing insiders, roads aficionados a plenty have pretty much known that barring mechanical issues, Mugen will emerge victorious during TT race week.

A major manufacturer competing with a huge, huge budget in comparison to the smaller but equally hugely hard working university squads, makes it hard for those from the outside looking in, not to think the pace setters advantage is too strong.

Clearly though, money alone doesn’t win races, it takes a massive team effort to secure TT wins and Mugen must be congratulated for the effort they have put in over the past eight years.

It remains to be seen as to whether they will return to Manx shores in the near future but one things for sure they have already established themselves as true electric racing pioneers.