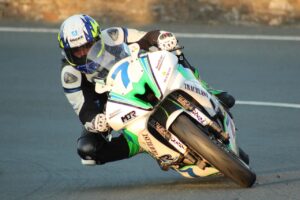 Michael is a top all round road racer who has proved his talent and ability on the mountain course at the Manx Grand Prix, theres every chance of more international road race wins in the future for him.