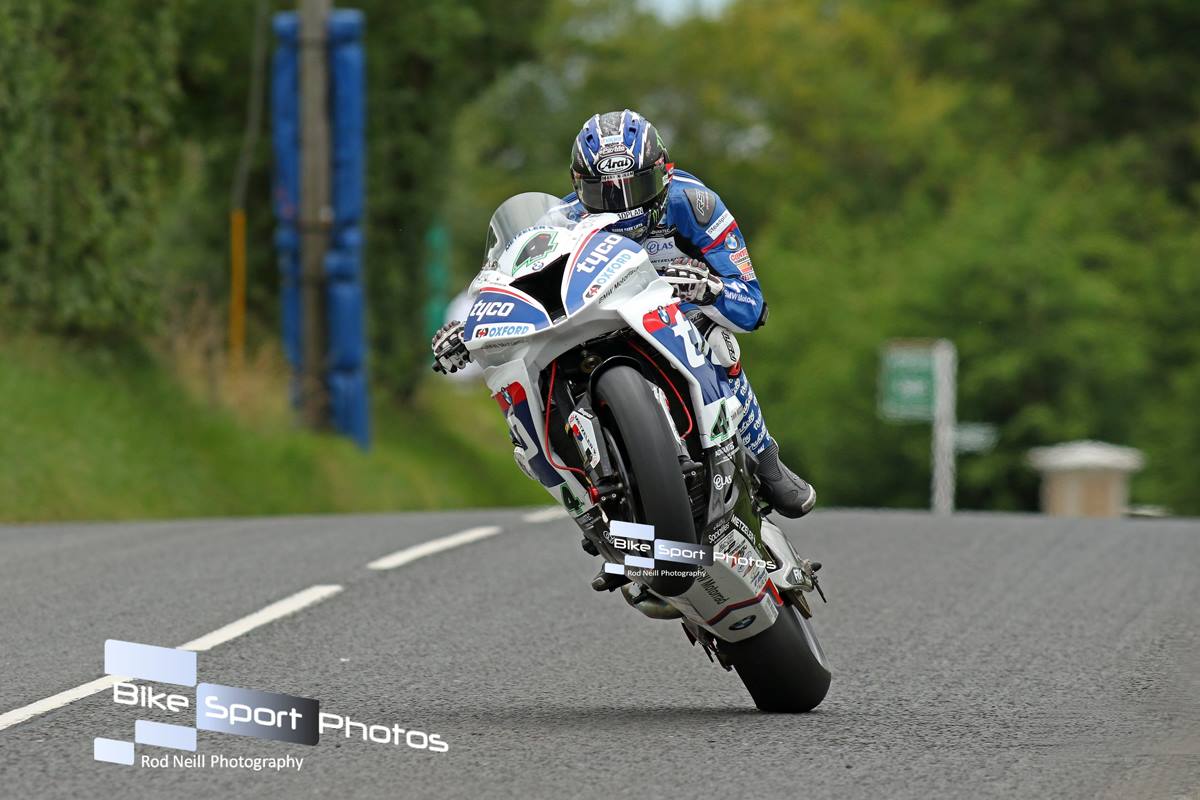 Ian Hutchinson made it four wins in a day at the MCE Insurance Ulster Grand Prix, with victory in the second superbike race.

Having battled his way to the front, he went into the sixth and final lap holding a very moderate advantage over Bruce Anstey.

The sixth lap of the race saw the Tyco BMW rider, record another moment of pure road racing history, as he set a blistering new Ulster GP lap record, with lap speed of 134.087 mph, the first ever 134 mph lap around Dundrod. 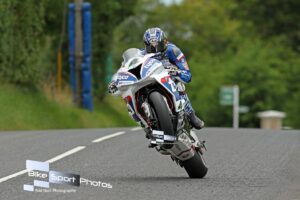 Finishing in second place 0.8 of a second behind, was Bruce Anstey on the Valvoline Racing by Padgetts Motorcycles RC213V-S Honda.

Finalising the top ten finishers during another thrilling Ulster GP superbike encounter was Derek Sheils, who has already wrapped up the Irish road race superbike championship title, with the Cookstown BE Racing GSX-R 1000 Suzuki.

Overall it’s been another top draw Ulster Grand Prix, there’s no doubt who this year’s meeting belongs to, Ian Hutchinson.

Now up to 28 international road race victories, he has showcased today at Dundrod why many people consider him a pure road racing legend.