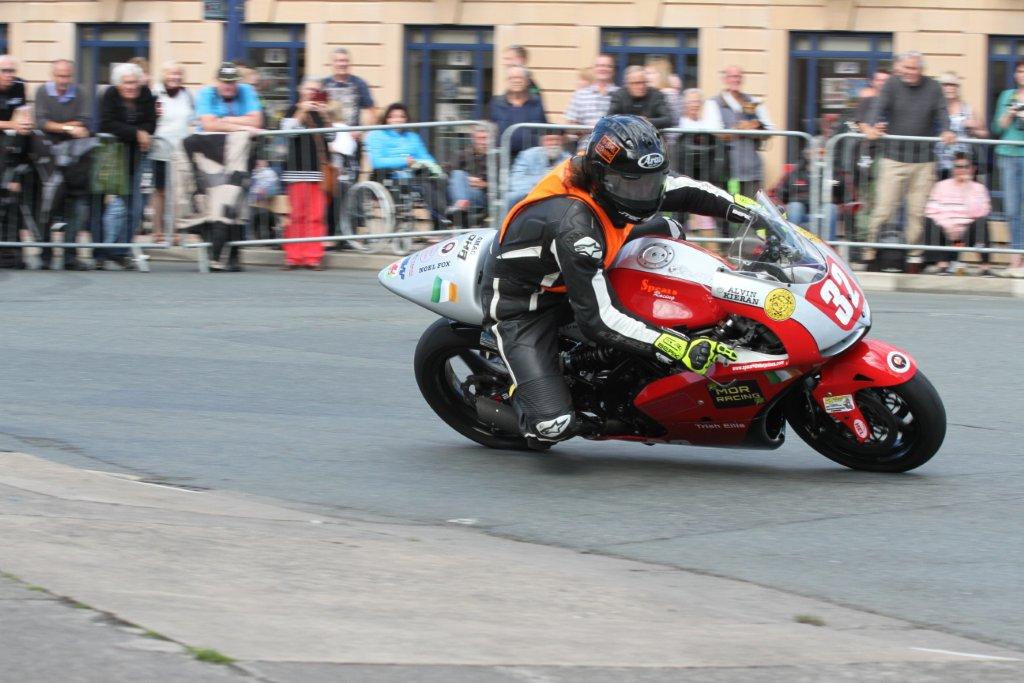 Dave Butler made an excellent first foray into competition on the Mountain Course, at the 2016 Manx Grand Prix, as he impressed on the Fingal Motor Club backed ER6 Kawasaki.

Having lapped during practice week in excess of 107 mph, he went into the Newcomers B race, amongst the anticipated challengers for spots on the podium. 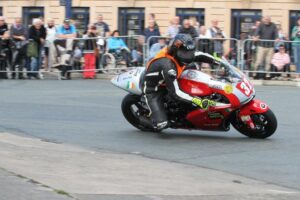 Following his Newcomers B exploits, next up was the Super Twins race. Unfortunately he quickly encountered problems with his ER6 Kawasaki forcing him out of contention, still overall his maiden Manx GP campaign, was a very productive one.

Reflecting on the 2016 Manx GP and his first action on the Mountain Course, on the 4th of September, via his Facebook page, Dave summed up in full his time on the Isle of Man.

“Just home from my first time competing at the Manx Grand Prix. Its been a dream come true and one of those events I wish i’d done earlier.

It’s definitely been a roller coaster of an experience for myself and the team. Practice week was one to forget and one that certainly tested my mental strength. I struggled to get laps early in the week due to bike trouble and only had 3 complete laps done by Friday.

By this stage I was very nearly ready for home. Luckily I got 3 laps in on Friday evening and improved lap times every time I went out. I was happy with my times, up to 104 mph after all the hassle.

On Saturday, I done one more practice lap which perked me up a little bit with 107 from a standing start, I was happy with that and plenty in the tank.

The Race got off to a good start and I was feeling comfortable but unfortunately practice gremlins kicked in 5 miles out, I chose to keep going as I knew the bike would get around.

Fortunately whatever the intermittent problem is cleared by the time I got over the mountain but too much time was lost. I finished 4th which I’m very happy with that considering the pace and issues I had. Again up over 107 mph and a race average of nearly 106 mph.

Unfortunately the Super Twins race, I was out of luck again where I stopped at the 11th milestone. Kinda summed up the fortnight but it won’t keep me down!

One things for sure, I’ll definitely be back next year hopefully try add a 600 to the stable somehow.

I just want to say a massive thanks to the crew who put up with me and gave there time and effort over the trip.

Alvin Griffinn, Kieran Ryan, Mick Donovan, Des Butler thanks for working tirelessly and getting the job done and to Trish Ellish for putting up with my moods and of course looking after the crew, and to Slick Tony Bass for helping out.