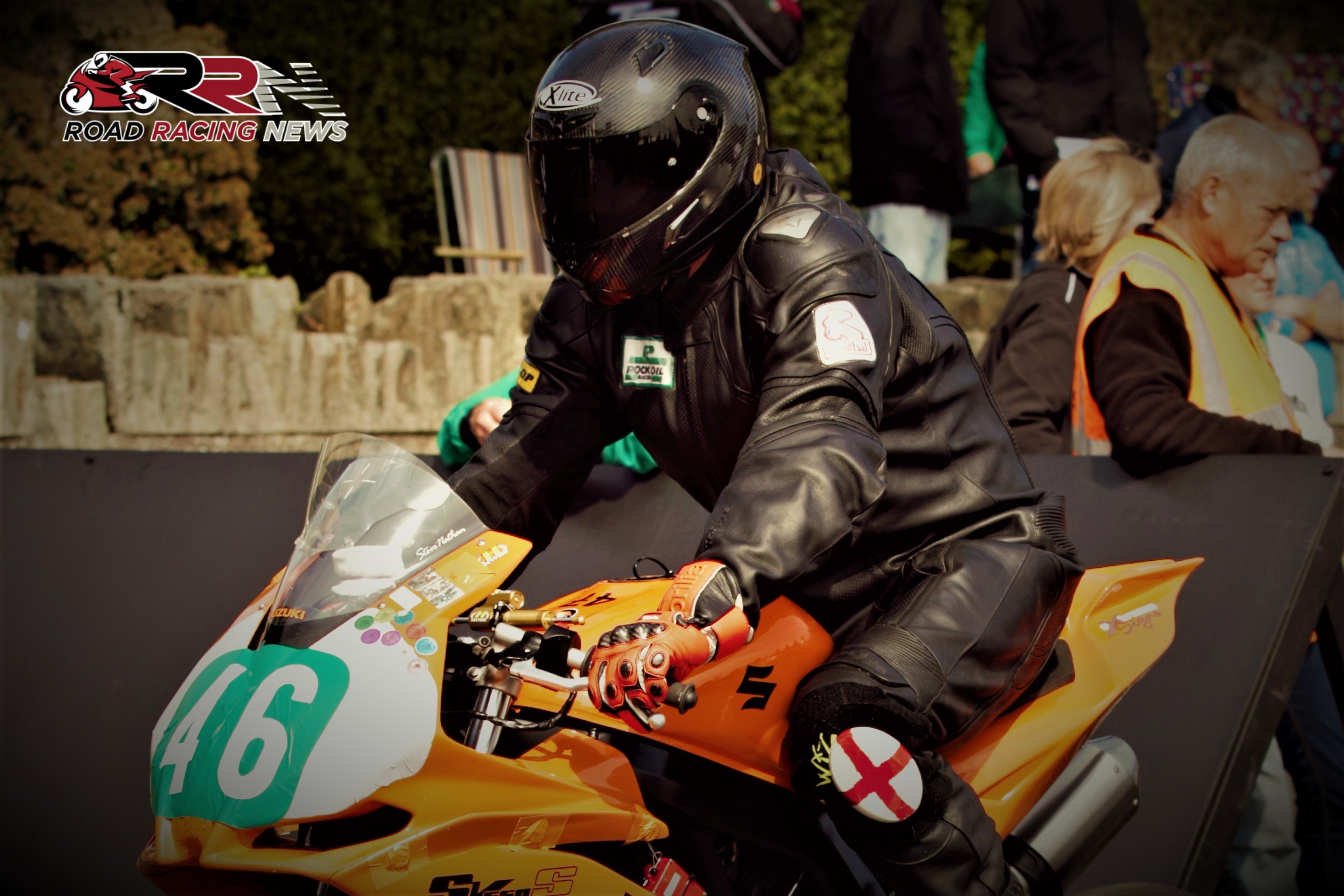 A top ten finisher within the 2014 Newcomers B race, Ballaugh based Stephen Nathan is the next racer to take part in Road Racing News rising in popularity, Manx GP Top 6 series.

Overall three times a top 25 MGP finisher, his answers to the Mountain Course themed set of questions are as follows:

“Having lived on the Island I thought the Mountain Course was going to be no problem, oh how I soon learnt it was completely different having the whole road to yourself and learning the racing lines gradually at increasing speeds.

Nothing like the road I, we are used to, completely new and challenging. A learning process then begins for years I can tell you, forever learning and improving.”

“The Suzuki XR69 for me. As a teenager back in the mid 80`s Suzuki GSXR’s were becoming the monster to own and ride. I was lucky enough to be able to afford a 1986 GSXR1100 Hyper sports in the late 80`s and that was a rocket ship compared to the competition.

For me getting a full licence and progressing from a Honda MT50 to a MTX80 then RD250, RD400 Dx to the GSXR1100 Hyper sports, wow how the bike world changed for me.”

“Being chased from Ginger Hall to Ramsey by the man John McGuinness on his Paton. He slipped past me at School House going down into Parliament Square. Dam! it was a pleasure been past by John.

I then tailed him through Ramsey, White Gates Hairpin, Waterworks, Gooseneck, Joeys, Guthrie’s. He promptly pulled away up the Mountain mile due to his superior top end off the Paton. An honour to be riding with one of the greatest riders of all time.” 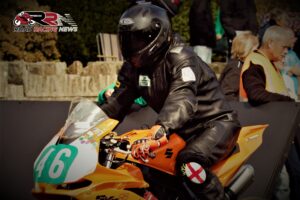 “Nick Jefferies. Racing against him on the Super Twins was an honour, to be racing against a rider with with so much history and success was a experience never to be forgotten.

I even sat at his table beside him at the Villa Marina presentation evening when we received our Silver Replica`s from the Super Twins race earlier in the week. Such a gentleman of the sport, very approachable and genuine nice bloke!.”

“Epic! The Manx GP can’t be explained in one word though, even ‘Epic’ doesn`t do it justice!”

“Probably have to be the legendary Honda RC30, need I say anymore. The sound, the looks, the history of the riders who`ve ridden them, got to go down in history as one of the all time greats and I’ve owned one and ridden it over the mountain! sweet as a nut.”

The Story Behind The Picture – Gary Johnson, TT 2019