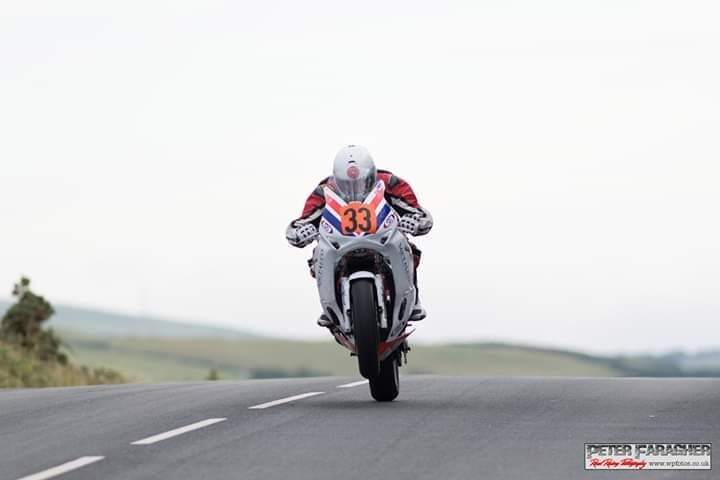 Originally from Accrington, Lancashire, now resident on the Isle of Man, his answers to the Mountain Course themed set of questions are as follows:

“Wow! So glad I’ve done my homework. What a rush!”

“The Paul Black racing CBR 400 I rode in 2016. After having a Collision up on the mountain with another rider in the 2nd night of practice, that set the tone for a disastrous fortnight.

We seemed to be constantly rebuilding the bike, engine failures, set up issues, injuries etc. Had it not been for all the good folk rallying around me I would have thrown the towel in mid practice week.” 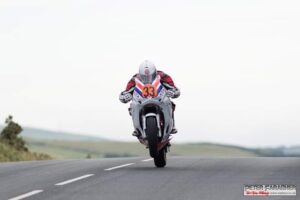 “2014 Manx newcomers race. Building your own bike with limited knowledge and sticking it on the podium is quite a special feeling.”

“A former rider who I would say I look up to, if I was sat down would be ‘Yoda’ aka Chris Palmer.

Hes been a bit of a mentor to me since I started at the Manx. his knowledge of the circuit and bike set up is second to none. Without his input over the years I would have really struggled.”