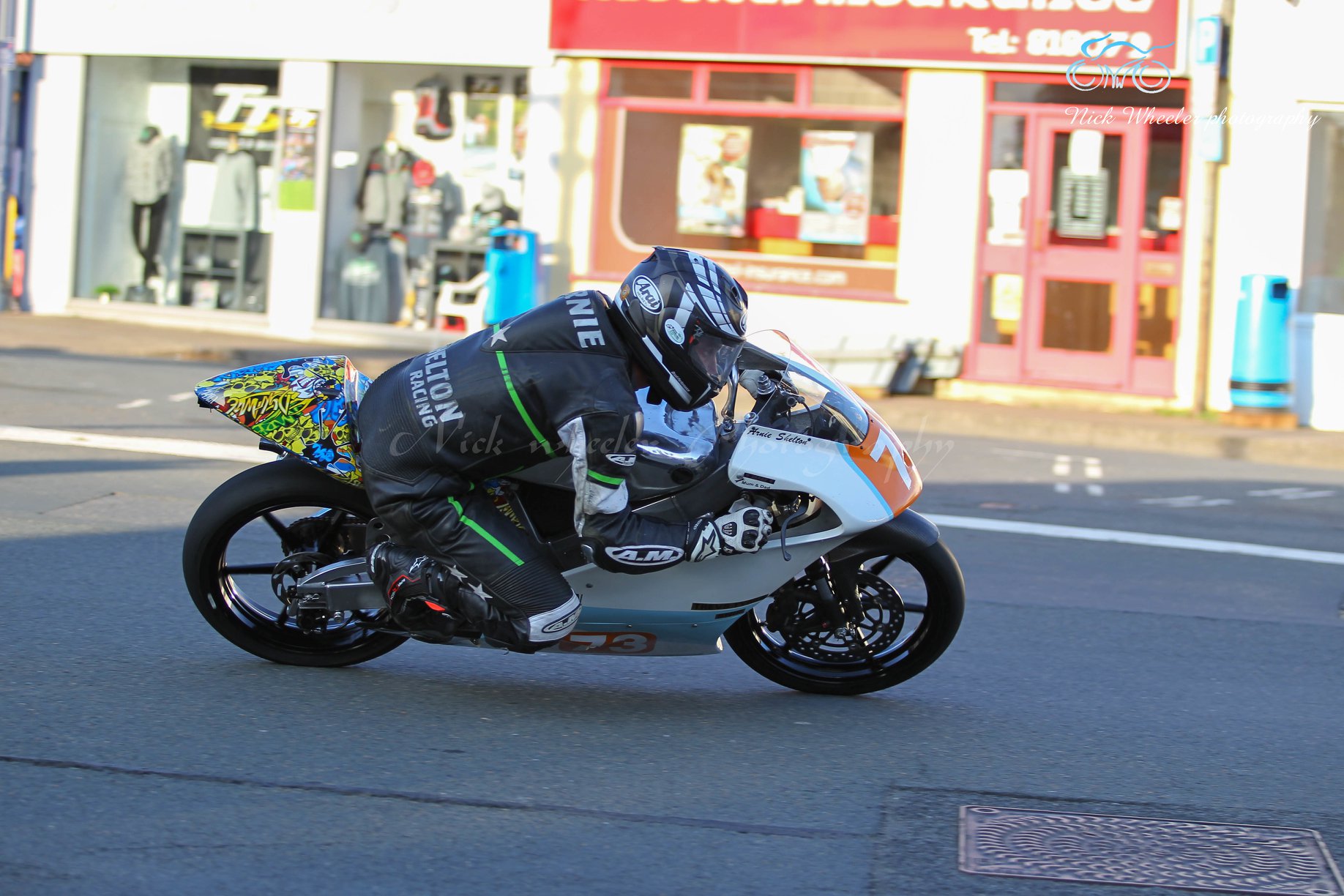 Fourth within the Newcomers A MGP of 2018, ex British 125/Supersport Championship exponent Arnie Shelton is the next racer to take part in Road Racing News, rising in popularity Manx GP Top 6 series.

Three times a top ten finisher at last year’s Manx Grand Prix, his answers to the Mountain Course themed set of questions are as follows:

“Initial thought was shock. My newcomers lap was behind Dave Madsen Mygdal, he was on his RC30 (Honda).

I couldn’t believe the speeds we were going even on that speed controlled lap, also all the homework I’d done on learning the course pretty much went out the window with the closed roads. So shock because of everything.”

“Difficult question as I’ve only ridden 2. The ZX6 (Kawasaki) and my 125 GP bike. Both memorable bikes as I built both bikes and engines out of parts myself.” 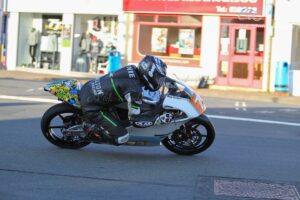 “So many memories just from the 2 times I’ve raced. Most memorable probably the feeling after the 2nd Ultra Lightweight race and Senior race last year of exhaustion and relief of completing the job.”

“There’s not really a specific competitor as I don’t know many people. I do look up to my mate Andrew Fisher and Steven Proctor as they both have beaten me and are slightly quicker than me.

Also Sarah Boyes with her knowledge of the course and 125 GP bikes and Christian Slater for his determination and course knowledge.”

“I’d dreamed about riding a 125 GP bike on the course for 15 years after watching them at the TT in 2004, which pretty much changed my life and made me want to start racing. Other than that it would have to be a 250 GP bike, that would be mega.”