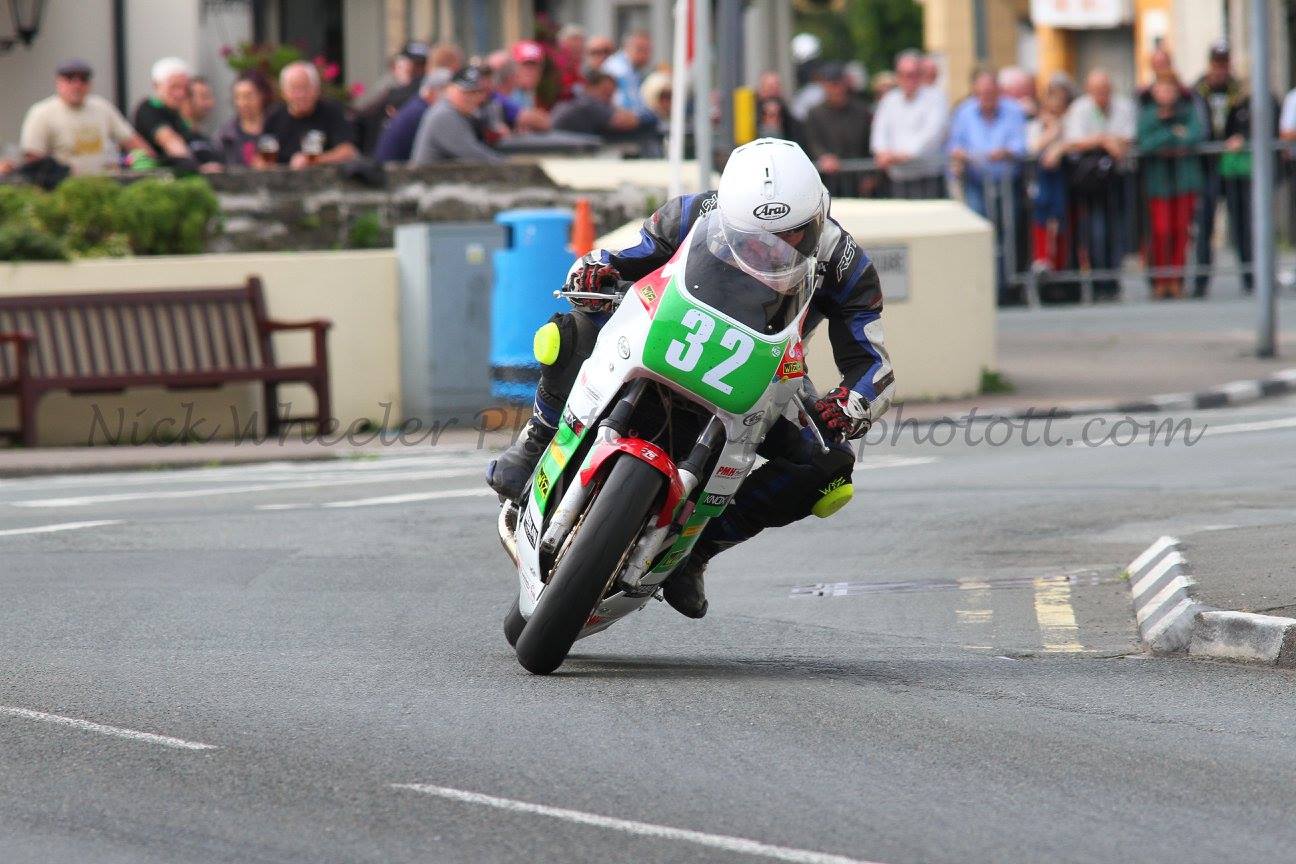 Regularly touted as one of the leading 400 machinery exponents, 2013 Lightweight MGP winner Alistair Haworth is next to take part in Road Racing News, rising in popularity Manx GP Top 6 series.

Multi times a Southern 100 race winner, Phil Mellor Trophy victor at the 2015 Scarborough Gold Cup, his answers to the Mountain Course themed set of questions are as follows:

“Union Mills on the newcomers lap and a con rod bolt let go. That resulted in mad dash logistics for some of the guys to get back home, drop an old donkey motor out of a road bike and get that couriered over for the race.

Ecstatic! Would describe race day. 4th place in the newcomers and my first 100 mph lap on the donkey. Absolute gamble.”

“Gotta be my 400. Just love it. Buying that bike not only brought me loads of fun in the class but it also introduced me to some amazing people. That’s something you never realise will happen, when your in someone’s garage kicking tyres.” 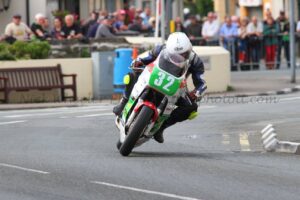 “Can’t be anything other than winning. I was 2nd in 2011 and I didn’t like the feeling. So near but not quite was definitely a mix of emotions.

2012, I snapped a rod on the mountain with a 22 sec lead and it finally happened in 2013. It didn’t come easy though. The timing had gone down and it was all calculated manually. Agonising wait.”

“Carolynn Sells. Her achievement is amazing. Look at the guys she had to beat. I was at Ginger Hall with a snapped chain.

Watching Pete and Carolyn go through there was terrific. They both clearly wanted it and were both grafting. Some clever pre-season thinking helped make the difference in the end but it was some nail biting gamble and would never have worked, if Carolyn hadn’t been wringing it’s neck. Brilliant stuff.”

“Sublime. It’s the culmination and application of everything you’ve been doing, planning and learning, as an amateur rider.

It’s the end goal for some and the step off point for others. Amateurs at the top of their game and budding pros learning their craft. That creates an amazing sporting arena.”

“I think every racer always wants to try a thoroughbred race bike, so it would have to be a 250. I’m a ham-fisted diesel rider and probably wouldn’t get on with one but there’s no denying the beauty of them and a desire to try one.

I also love the 125’s and the Moto 3’s too. Small GP stuff is exquisite. It’s such a shame the costs are perverse.”