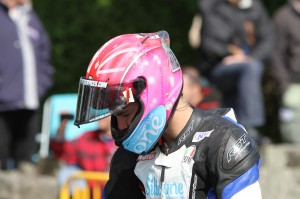 Malachi Mitchell Thomas impressed hugely on his Manx Grand Prix debut. Malachi who made his pure road racing debut at Southern 100 securing 7th and 6th place finishes in supersport races was ZX6 Kawasaki mounted for newcomers A and senior races.

Newcomers A race proved to be a memorable one for the silicone engineering racing rider who from the start was battling for top three position and after a good pit stop was into race lead by third lap of the race. In the end he went onto to finish in second position lapping at over 116.5 mph. 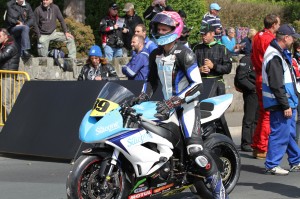 Senior Manx Grand Prix saw the rider who has adapted ever so fast to the mountain course start at number 39, despite his high start number Malachi went onto acquire a fantastic fourth place finish, plus he secured personal best lap speed of 116.652 mph.

Malachi Mitchell Thomas’s Manx Grand Prix debut has been an undoubted success, there is no doubt that he has a very bright future in front of him on the mountain course, at 18 Malachi has been youngest rider to compete at 2014 Manx Grand Prix but he has ridden around the most famous road racing circuit in the world this week like he has been competing for many years.