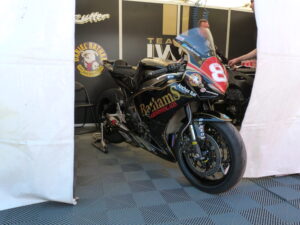 Jimmy Storrar On Form At This Years Macau Grand Prix