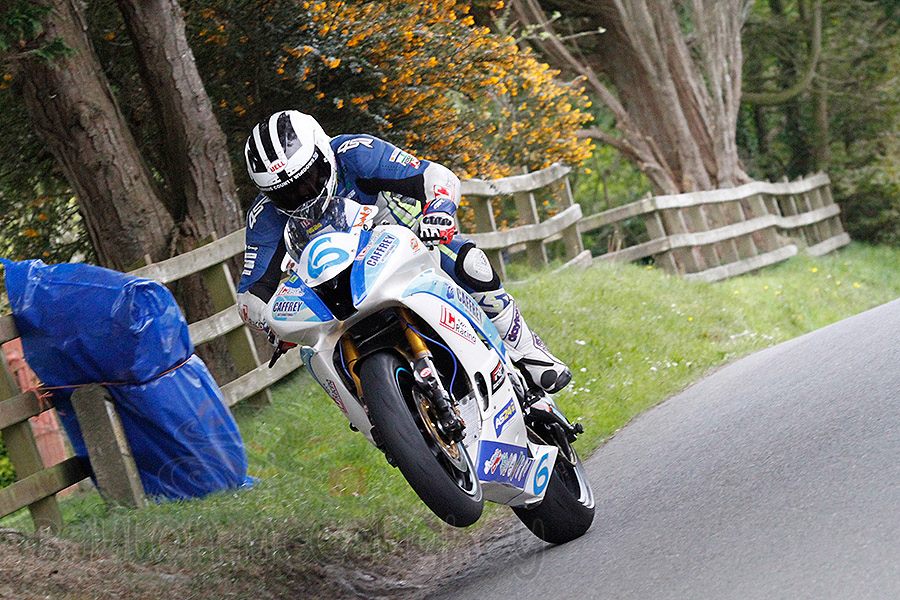 In cool dry conditions, the Supersport Invitational non championship race, provided already a contender for the best race of the 2017 KDM Hire Cookstown 100.

With the original running of the race red flagged early, following an incident involving Michal Dokoupil, the re start would see a shortened distance of five laps.

At the end of lap 1 it was Derek McGee and William Dunlop, who battled their way to the front. From here the YZF R6 Yamaha mounted duo became involved in a battle royale for Supersport honours. 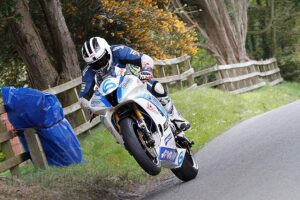 There was nothing in it throughout, between two of pure road racing’s leading exponents of 600 machinery.

On lap three, Dunlop aboard the IC Racing/Caffrey International Yamaha hit the front and from here was able to maintain a suitable advantage over McGee, to ultimately secure race victory, with the gap at the line been just 0.231 of a second.

If the opening Supersport race is anything to go by, where in for another thrilling 600 race tomorrow at Cookstown, William Dunlop vs Derek McGee, vs rising stars vs many, many more!