In recent years we’ve seen a variety of different kinds of patterns emerge in junior Manx Grand Prix races, 2014 race is set to be contested at the front by many.

Andy Lawson is all set for this years MGP and will start as one of the favourites for victory competing on Moto-Design backed ZX6 Kawasaki. Andy secured third place finish in 2013 junior Manx Grand Prix and shown he has the potential to become a winner on the mountain course.

Michael Moulai has in recent years secured consistent results and will be looking to secure a podium finish, Rob Hodson top ten finisher in 2013 is R6 Yamaha mounted and is tipped to do very well at 2014 Manx Grand Prix. 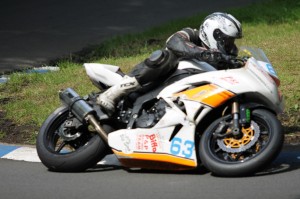 Leading newcomers last year Marc Livesey and Tom Robinson both are greatly looking forward to being back at the Manx. Tom currently in top six overall in Irish road race senior support championship has being in good form this season and could be battling for a podium finish. 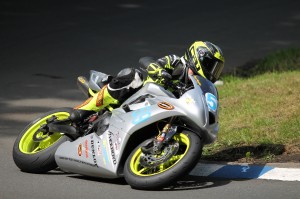 Tom Weeden has impressed many with his results around Oliver’s Mount in 2014 which has included top five finishes in supersport races at Barry Sheene road race festival. Set to be one of the leading Triumph mounted riders the ambitious road racer acquired 19th position in newcomers A race in 2013 but is anticipated to be near the front the time around.

Anthony Redmond is first rider away in this years junior Manx Grand Prix and is excited about this opportunity which is a notable achievement for every rider who competes on the mountain course.

Kamil Holan was in excellent form at Horice road races and going into his third MGP Kamil has a great opportunity to cause a surprise or two when competing on a ZX6 Kawasaki.

Glenn Harrison is one of the Isle of Man’s fastest rising road racing stars. Glenn R6 Yamaha backed by Chris Preston racing is set to make an impression on the leaderboard as is James Neesom. 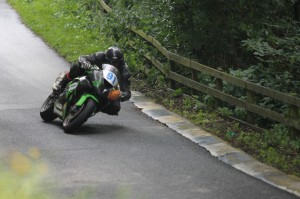 James in 2013 on his Manx debut acquired third place finish in newcomers B race and has acquired many a top result around Oliver’s Mount this year. Including top three finishes in supersport races at Barry Sheene road race festival, the talented rider from Hunmanby has the ability to potentially secure 2014 junior Manx Grand Prix victory.

Paul Gartland,Justin Collins, Thomas Gottschalk, Peter Minns, David Lumsden are all top all round road racers who the experience and riding ability to bid for standout results.

Rad Hughes is greatly looking forward to returning to competing on the mountain course. Competing on his own teams ZX6 Kawasaki Rad has had a consistent season which has included 4th place finish in 600 B race at Southern 100. 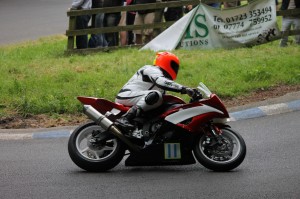 Rodger Wibberley will start as one of the most experienced competitors on the start line, Rodger who has competed on the most famous road race circuit in the world for a long while is R6 Yamaha mounted.

Gaz Evans, Jason Corcoran, Warren Verwey all secured highly creditable results during their Manx debuts last year and all will be looking to record personal best lap times and results.

Paul Smyth, Andy Soar, Andy Farrell have all being podium finishers at Manx Grand Prix and add more quality to what is a wide ranging diverse line up for junior MGP.

Sarah made her Manx Grand Prix debut back in 2011 finishing in top ten in newcomers C race. Since then she has got quicker and quicker, this year sees Sarah competing on a R6 Yamaha which is sure to give the enthusiastic rider an excellent chance of personal best lap speed and race result. 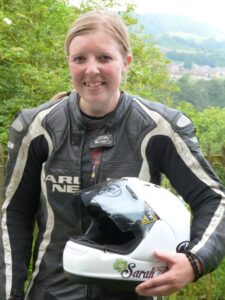