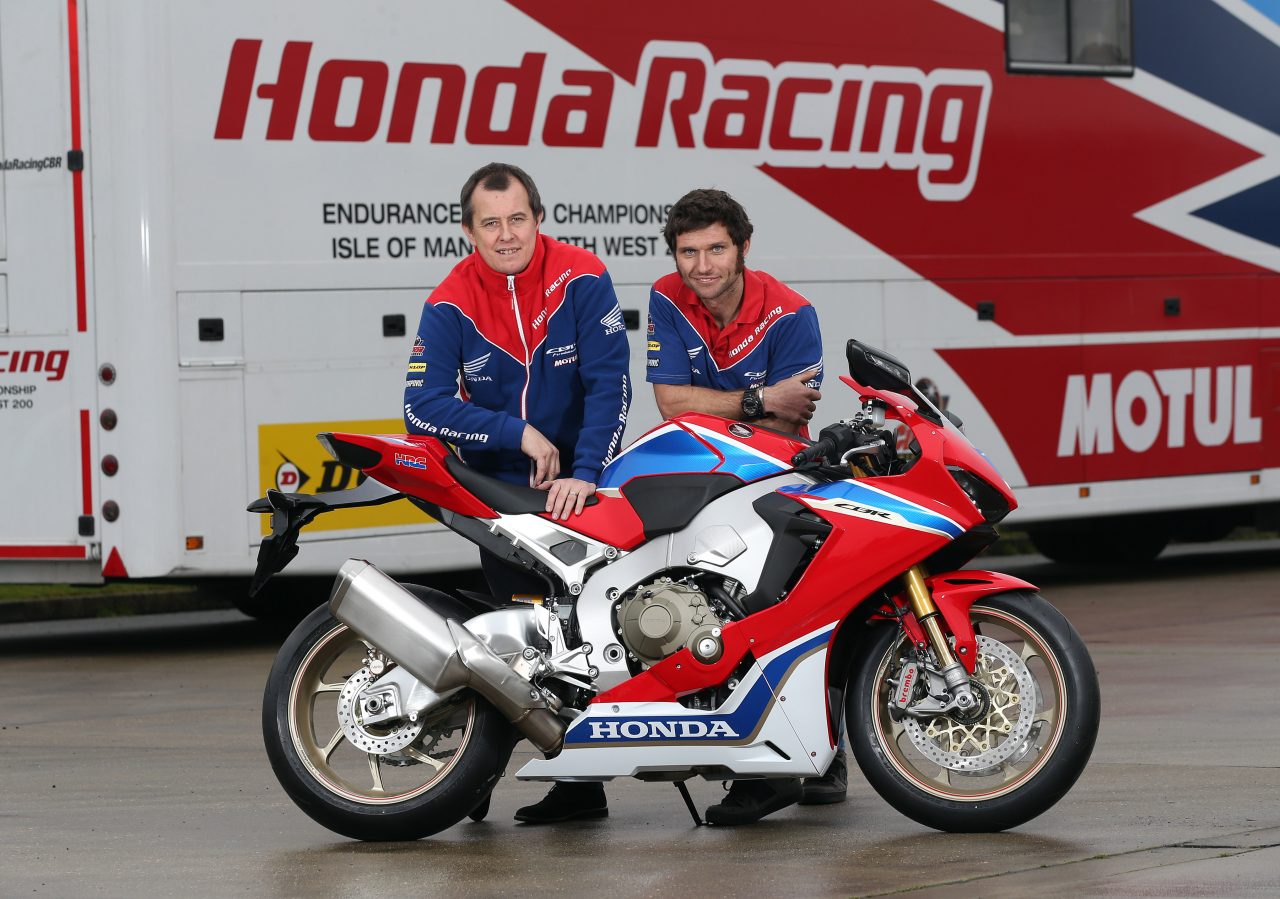 23 times TT winner John McGuinness is excited about piloting Honda’s new CBR 1000RR Fireblade SP2 this year, at the North West 200 and TT Races, as he aims to add to his already momentous record around the Mountain Course.

This is not the only new aspect about 2017 for John, another new challenge for the winner of over 30 international road races, will be been team mates with the hugely popular Guy Martin.

Combined the duo, are set to prove an extremely strong team, anticipated by many to be challenging for RST Superbike and Pokerstars Senior victories at TT 2017. 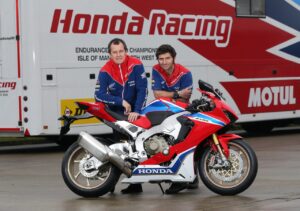 Speaking about his new deal with Honda Racing, John stated:

“I’m back with Honda for another year; really I’m part of the family, and I can’t wait to see what the new Fireblade SP2 can do!

I know the old model like the back of my hand and have taken a lot of my TT wins with the old girl, so I can’t wait to get out on track and try the new machine out. I have a good feeling about this year and think we have a really good package to show that we mean business.

I of course would like another TT win and I would quite like my lap record back! I always say when it’s broken that the lads are just borrowing it and I hope this year that this is the case. I am sad to say bye to the old Fireblade.

I have a lot of history and good memories with that bike, but testing the new model can’t come soon enough and neither can the race season.

Adding his thoughts of having Guy Martin as a team mate, he said:

“I’m excited to have Guy as my new team-mate; we’ve enjoyed many a racing battle over the years and I’m looking forward to seeing what we can both do.” 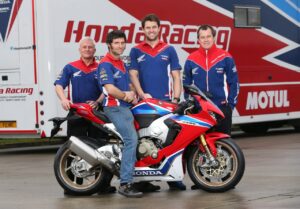 “We have two new members joining the Honda Racing team this year with Guy signing and the new 2017 Honda CBR1000RR Fireblade SP2.

John is part of the furniture really, but it’s great to have him back with us for another year – it wouldn’t be the same without him!

I really feel with Guy and John, and of course the new Fireblade, that we have a strong team ready to tackle the roads this year.

Guy is hungry for his first TT win and John wants another and his lap record back, so this mixed with the new CBR1000RR means we should be in for some exciting racing action.

The new Fireblade SP2 is so important to the team and also Honda and it’s vital we continue its legacy at the TT and add more to its 23 wins.

We’re all looking forward to testing and I think everyone from the riders and the team are all excited to get on track and put the new machine through its paces.”