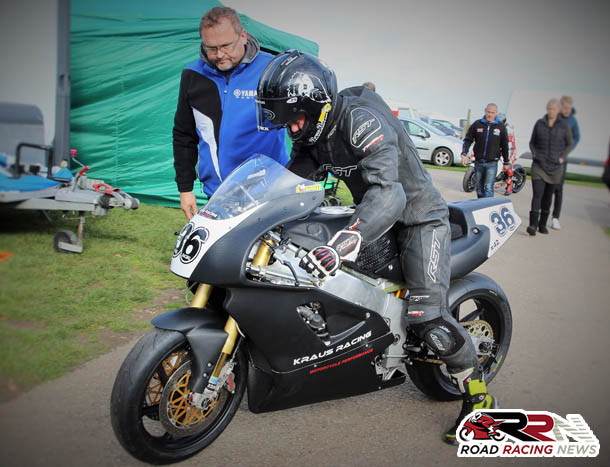 TT Privateers championship runner up Jamie Coward is set to lead Kraus Racing’s 2018 Classic TT assault, as he targets next year a maiden rostrum finish in the Superbike category.

Lothar Kraus outfit like Jamie, are keen to make to the step up to the rostrum next year with their immaculately prepared ZXR 750 Kawasaki.

In contention for a top six finish this year, the Anglo/German team are confident that their Kawasaki package is more than capable of mixing it against the most exotic and high spec machines in class. 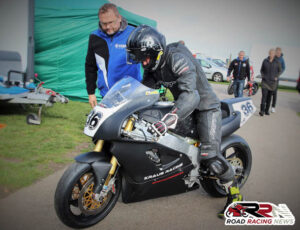 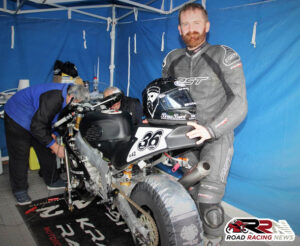 Concluding his successful partnership with Mistral Racing, Hebden Bridge’s Coward now embarking upon a fresh new venture is full of praise for the help and support Ian Harrison’s team have given him in recent years.

Alongside the Classic TT, prior to TT 2018 the Radcliffe’s Racing mainstay will be returning to the Pre TT Classic races plus possibly sampling for the first time the iconic Spa Francorchamps circuit.

Reflecting overall on what’s been this year without a doubt his most tumultuous roads season to date, it was the first ever 110 mph lap of the Mountain Course by a single on Ted Woof’s Manx within the Senior Classic TT which he regards as his main highlight of 2017.

He added though that there has been multiple great moments, at a glance including strong results at the TT, North West 200, Ulster Grand Prix and Oliver’s Mount plus becoming the fifth fastest rider in history at the Southern 100.

Adding that Chris Lennon’s Radcliffe’s Racing outfit have brought him on leaps and bounds, he’s certain to be one to watch again next year on the roads, on modern and classic machinery.