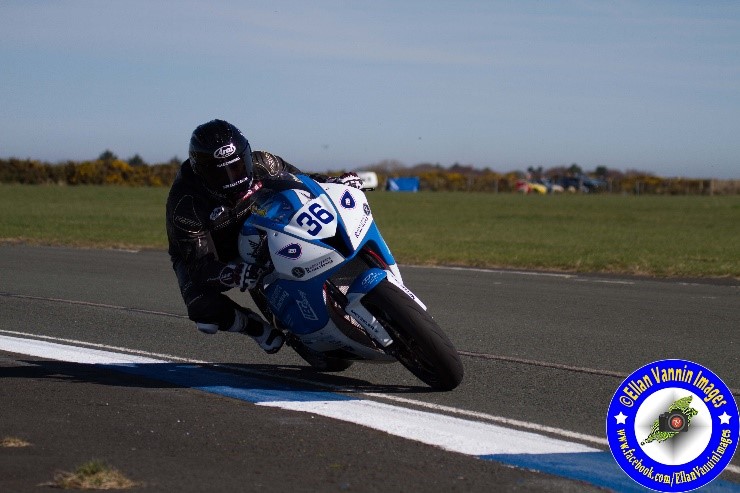 Jamie Coward had his first run out on the bikes he will be racing for Castletown, Isle of Man based Radcliffe Racing yesterday, at a very warm and sunny Jurby.

Following a successful 2016 season which included finishing runner up in the TT Privateers championship, Jamie was announced as the team’s new rider following on from James Cowton. 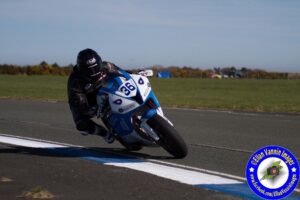 During a break from testing at Jurby, he sat down to discuss how he was adjusting to his new steeds.

When asked how the test was going he said it was proving extremely productive, they were in the process of making a few adjustments to the 1000 BMW’s suspension and he hoped by the end of the afternoon session he would be getting to grips with it.

Adding that he felt already comfortable on the 600. He admitted that the step up to the 1000 was higher than he expected. “It is faster than anything I have ever ridden on a track, when you open the throttle you feel like you have a rocket in your bum.”

Stating his view of the Jurby airfield circuit, he said:

“It’s a little different to what I am used to, it is quite technical in places and fast too. I like that it is bumpy, as I feels like a road surface not a track one. I like it though and looking forward to racing on it.” 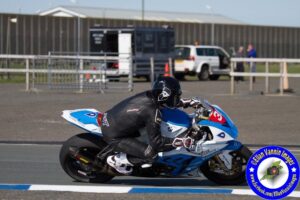 When asked about his plans for the season he stated:

“We start at tomorrow’s (26/3) meeting here at Jurby, all of the Scarborough meetings starting with the Spring Cup, then the Northwest 200 in Northern Ireland. Following that we are at the TT, Post TT, Southern 100, Ulster Grand Prix and Classic TT later in the year.

If all goes to plan and we get the results we hope for, we may well consider going to Macau, but no decision will be made till later in the season.” 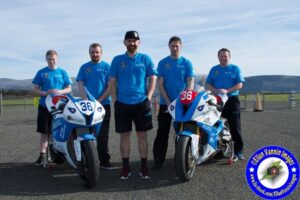 Gelling nicely with the Radcliffe’s Racing Team, he said all was going well with Chris Lennon’s outfit.

“Lenny sponsored my private team a little last year, and when he asked if I wanted to join the team I didn’t hesitate. We have been friends for a while now and it was the right move at this stage in my career.”