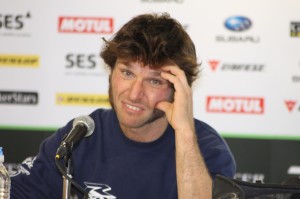 Guy Martin has an excellent record at the Ulster Grand Prix. 11 times winner at the worlds fastest road race Guy has won many a notable race around Dundrod including opening supersport race back in 2006.

Last year saw Guy win three races in a day including the feature superbike race after edging out Michael Dunlop by under a tenth of a second.