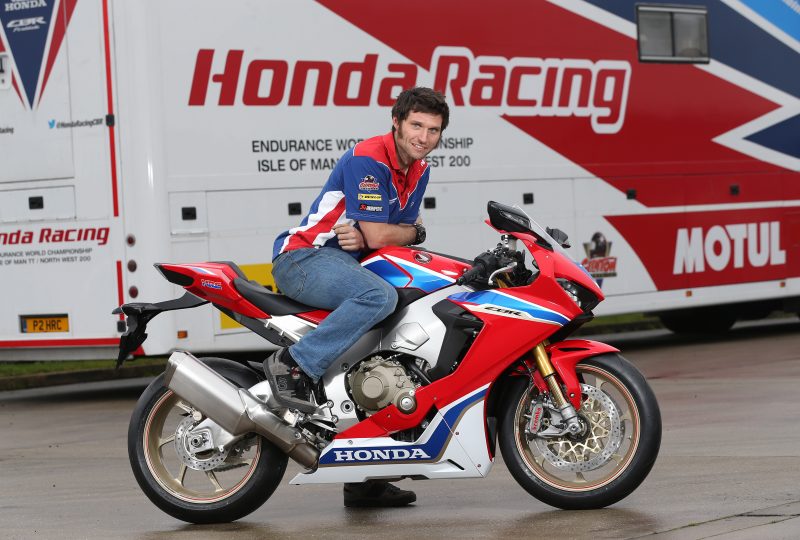 Guy’s return to action around the Mountain Course is sure to generate publicity a plenty.

Having been two years away from competition at the most famous road race in the world, it’s going to be interesting to see how competitive the multiple world record holder will be in the RST Superbike and Pokerstars Senior races, a board the new CBR 1000RR Fireblade SP2 Honda. 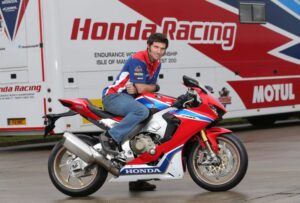 Returning to the Isle of Man TT, with one aim in mind, that long awaited maiden TT victory, the worldwide famous TV personality, household name and bike racer, is confident of challenging the likes of Michael Dunlop and Ian Hutchinson for race wins.

It’s not clear at this moment in time, as to whether he will be participating in the Monster Energy Supersport races at TT 2017. If he does it’s extremely likely as in the big bike and Royal London 360 Quantum Superstock races, he will be Honda mounted. 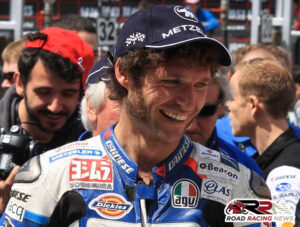 Alongside the TT, Guy is also confirmed to return this year to the world’s fastest road race, the Ulster Grand Prix the North West 200, Armoy and Southern 100, a meeting which he has regarded in recent years, as his main highlight of each roads season.

It would be great to see as well, the eight times Steve Henshaw International Gold Cup champion return to Oliver’s Mount, for the 67th Gold Cup meeting.

Set to begin his competitive action with Honda Racing, during testing sessions in Spain, the news of Guy Martin returning to compete at the TT Races, has captured the imagination of thousands and quite possibly millions worldwide.

News like this, is gold dust not only for the TT, but also for road racing in general.

The question now is, how competitive will Guy be when compared to his fellow established front running compatriots, who all have a year on him in terms of race mileage around the Mountain Course.

“Neil [Tuxworth] has been talking to me for a while about joining the team, but I had a lot of thinking to do before I committed and said yes.

I spent a lot of time on my push bike to and from work, thinking about what to do. I didn’t want to grow old regretting not giving the Honda a go, and the more time passes since making the decision, the more time I’ve thought it is the right decision.

Honda is a great team and the Fireblade has always been a weapon on the roads, so with the new bike, I‘m keen to give it a go. We’ve got a busy testing schedule coming up and I’ve put some other stuff off to make time.

John [McGuinness] is the man, I’ve got massive respect for him and I’m looking forward to racing on the Fireblade against him.”