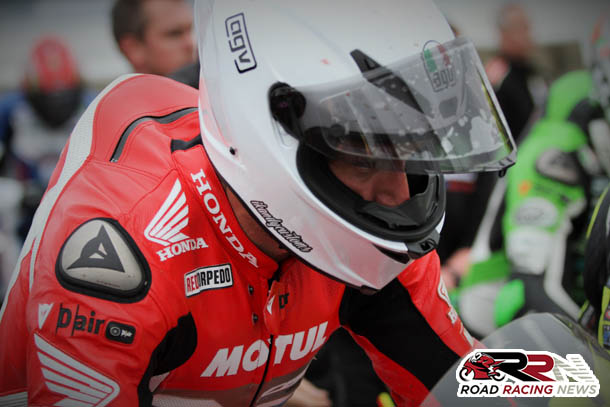 An eight times Steve Henshaw International Gold Cup winner at Oliver’s Mount, no one could have predicted back in 2002 when he made his roads debut at Scarborough, the sheer worldwide coverage he would bring to the sport.

In my opinion at this moment in time he is the best rider to have not won, at the most famous road race in the world. It’s been though thus far a top draw roads career for the racer originally from Grimsby. 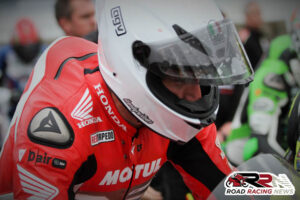 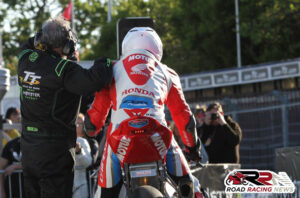 For me and probably for many others, his greatest achievement on the roads, has been increasing the publicity about real road racing, via TT 3D Closer To The Edge and TV programs such as Speed, where he set numerous world records.

As stated online recently, the question has arose about whether Guy is an all time roads great. My answer to this is, in my opinion from a racing perspective he’s not quite, simply because no TT/North West 200 wins have been achieved. 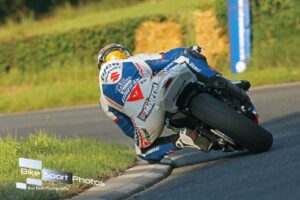 He is though an all time great, in terms of been one of the most popular riders in history to grace the sport.

In the modern day era, perhaps only Valentino Rossi carries a bigger fan base.

Making his international roads comeback this year with Honda Racing, it’s not worked out with the marques new CBR 1000RR Fireblade SP2.

Various problems, allied with a high speed incident on the opening lap of the RST Superbike race at TT 2017, was just the tip of the iceberg in terms of what’s not worked out this year.

Having taken part in the inaugural Moto Time Attack at Cadwell Park, Guy decided following this event that it was the right time to take a break away from competitive racing action.

Liked by thousands, millions, criticised by many, an enigma to some, hard to work out for many from the outside looking in, he’s an absolute one off is Guy Martin. 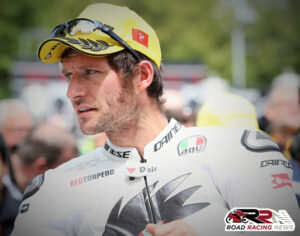 In finishing this article, all that’s left to say is all the best for the future Guy, which I and I think thousands upon thousands hope will include a new outright land speed world record.

As his saying goes, “Go big or go home”, it’s fair to say he has more than gone big with his racing endeavours.

Speaking about what went wrong with Honda, plus what new challenges are on the horizon he said, in a statement on his Facebook page:

“So a lot of folk have been talking asking about racing and what I’m doing.

I went into the year right excited about the new Honda. I thought it would be great straight away and so did the team.

I soon realised that it needed a lot of developing and it will be great but it needs time and I’ve got loads of other projects going on, that Id rather use that time for. I didn’t get involved to develop a bike over months and years, I was told I’d have a bike capable of winning straight away and that’s why I couldn’t turn down the opportunity.

TT was a bloody disaster, aside from walking the dog and racing the Mugen, I didn’t enjoy it.

It was clear even before that we were going to struggle and then it turned into me really being a test rider, which I did but after we did more testing at Cadwell a few weeks back, I said to the team the bike won’t be competitive at the Ulster Grand Prix and they decided to withdraw me from the event, although they didn’t tell me, which is OK as the decision was made for me.

So I’ve not given up on racing or road racing, there’s no unfinished business and I want to race classics and oddball stuff. All I’ve been thinking about recently is Pikes Peak and any spare time my brain has had is about Pikes Peak on 4 wheels.

That job is down to me and if it doesn’t work, it’s my fault and I like that.

So there’s no bad feeling. Neil Tuxworth has been upfront with me from the start and it’s a shame for everyone that the new bike hasn’t worked. I know how much effort I put in and so do the team, so no regrets but I’ve got no plans to do anymore road racing on the Honda’s this year.

Nigel Racing Corporation (NRC) current plans are preparation for Pikes Peak and classic racing but the plans can change with the wind.

Ta for the support.”